Good fiction is another medium for waking up people to the dangers of Islam. 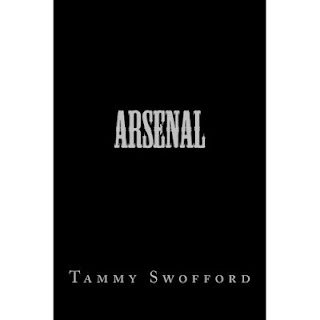 Tammy Swofford’s suspense novel Arsenal, the title referring to strategic thought rather than to the military battlefield or acts of militant jihad, lives up to its genre label. The plot, well delineated and plausible, deals with the search for an Islamic treasure, namely, a pouch containing the hair of Muhammad the Prophet. Early on in the novel, the voice of a minor character describes the mission of the Muslim Brotherhood in the West, deemed decadent by the devout, and lays the foundation for the suspense plot that rushes to fulfillment in the second portion of Arsenal:

“'Just as we are to recite the Qur’an in a measured tone, we must also move in a measured and quiet manner in the West. We do not move as a lion, but we move as a panther'” (19).

Along the way, Arsenal, points out the dangers of geopolitical Islam and the West’s gullibility thereto, particularly the lack of Western understanding of the 1998-2007 wordcraft sword of Islam as expressed by the thoughts of the character Ahmad as-Sirjani:

“Universal Values. Two simple words….The words would sound secular, adaptable to the Western ear. But the cryptograph would be Qur’anic….It was time for a paradigm shift” (103).

Genre and political aspects aside, what makes this novel an outstanding and readable piece of writing is threefold....
Read the rest at Always On Watch.
Posted by Always On Watch at 5:47 AM