[...] The state law now bars public entities from contracting with companies that boycott “based on race, color, religion, gender or national origin.” While Israel is not mentioned in the text, the premise of the law is that the Boycott, Divestment, Sanctions (BDS) movement discriminates against Israel and damages South Carolina’s economy.

They've done the right thing. And nobody with common sense should associate with businesses in Muslim regimes that engage in those monstrosities.
Posted by Avi Green at 9:37 AM 0 comments


It’s not that there’s lots of breaking news in “Ally” that will startle people. Rather, it makes news on almost every page with its incredibly detailed account of the root hostility of the Obama administration toward the Jewish state.

What makes the details especially credible is that Oren is no flame-breathing Israeli right-winger but very much (and at times distressingly) an Establishment creature and one, moreover, who makes it clear he drank the Obama hope-and-change Kool-Aid in 2008. (Indeed, he now serves in Israel’s Knesset not as a member of Bibi Netanyahu’s Likud but of the new centrist Kulanu party.)

On major matters, the administration seemed to hold Israel accountable for problems it had nothing to do with.

Example: The Palestinian Authority made moves toward seeking a declaration of statehood at the United Nations in 2011, which would’ve triggered a law shutting down their US mission and suspending all aid to the PA and to UN agencies that recognized Palestine.

To which Oren replied that Israel didn’t want the United Nations to collapse, “but there are plenty of Tea Party types who would, and no shortage of Congress members who are wondering why they have to keep paying Palestinians who spit in the president’s eye.” He reports that Nides “slumped into his Louis XVth chair.”

I wonder if the deputy secretary's profane tirade is the most jaw-dropping example given in the book? It goes to show we have thin-skinned politicians running around today who're out-of-control and flying off the handle. It's not great Oren appears to be a product of establishment, but his book still does seem to give some interesting insight all the same, and should be read.
Posted by Avi Green at 9:25 AM 0 comments

Mark Hemingway at the Weekly Standard found out that a story about a Muslim woman supposedly insulted by airline staff may be a hoax, perpetrated by a mainstream press that thinks tabloid social rumor milling is suitable for journalism:


What's really remarkable about this story is, near as I can tell, at no point in the last week did any of these major media outlets try and independently verify the details of of Ahmad's story.

Well, according to the Savvy Stews travel website, passengers who were on board the same flight have posted messages on the Internet with very specific details about what transpired that appear to contradict Ahmad's story and portray her as the one being rude and out of line. For the record, Ahmad's story always struck me as not entirely credible for lots of reasons, including the fact that I personally have been denied an unopened Coke Zero on a flight, and as a white Christian male, this did not occur to me to be a discriminatory act. Indeed, the Savvy Stews point out that there are all sorts of logistical reasons -- e.g. there's a limited number of Coke Zeros in the small beverage carts -- why flight attendant may not be inclined or able to give someone a full can of soda.

Don't expect the Muslim woman to apologize for any trouble she caused with her victimology, nor the mainstream press.
Posted by Avi Green at 11:47 AM 0 comments

The supreme court has insulted Israel and Israelis with US passports by ruling against the Zivotovskys, all for the sake of Obama's standing, and Dubya's:


The Supreme Court rejected an effort by Congress to require that some U.S. passports recognize Jerusalem as part of Israel, giving wide berth to the president’s constitutional authority to recognize foreign nations.

By a 6-3 vote, the court on Monday ruled Congress overstepped its bounds with a law allowing U.S. citizens born in Jerusalem to be identified with Israel as their birthplace. The law ran contrary to the State Department’s long-standing practice of using Jerusalem in such instances.

Although passports of Americans born overseas typically list the relevant country as the birthplace, the U.S. sometimes inscribes a city name when sovereignty is in dispute, as with Jerusalem. The official U.S. position is that the city’s ultimate status should be negotiated between Israel and the Palestinians, whose authorities aspire to make it the capital of a future state.

Justice Anthony Kennedy, writing for the majority, said both Congress and the executive branch have responsibility for foreign affairs, but that the president has the power “solely” on recognition of foreign sovereign nations. “Congress cannot command the president to contradict an earlier recognition determination in the issuance of passports,” Justice Kennedy wrote.

They've insulted the Congress members who worked hard to draft the calls, just like Bush did originally. And there's more than enough Israelis who're let down too:


The Supreme Court's decision to uphold a long-standing State Department policy to list only the word "Jerusalem" without "Israel" on passports of U.S. citizens born here has left many Jewish American-Israelis feeling frustrated.

The ruling, which confirms that the president — not Congress — has the ultimate authority to dictate foreign policy, is viewed here as a denial that Jerusalem is the capital of Israel.

And it is. I want the Zivotovskys to appeal again, and they presumably will, and I hope Congress will appeal this decision too.
Posted by Avi Green at 12:16 AM 0 comments

A small miracle's occurred over in Turkey (Hat tip: Accuracy in Media):


Turkey's ruling Islamic-rooted AKP party may have trouble finding the coalition partner necessary to form the next government, after voters dealt a stunning rebuke to President Recep Tayyip Erdogan Sunday, with strong losses in a national vote that stripped the party of its parliamentary majority.

Turkish voters effectively ended 13 years of one-party rule and stalled the Muslim nation's march toward Islamist control in historic elections. The democratically-elected Erdogan, through posts as prime minister and president, has held office since 2003 and had in recent years begun an alarming crackdown on the media, dissidents and ethnic minorities in what observers feared was an effort to move the NATO nation and U.S. ally toward theocratic rule.

In addition to announcing plans to expand the powers of his office, Erdogan had come under intense criticism for building a 1,000-room presidential palace, which was rumored to have gold-plated toilet seats.

"The dictator has collapsed," proclaimed the Yurt newspaper headline Monday.

Erdogan's party is now left with few options to form a new government, after it was stripped of its parliamentary majority and opposition parties ruled out joining it in a coalition pact. The Islamic-based Justice and Development Party, known as the AKP, won about 41 percent of the votes in Sunday's election and was projected to take 258 seats -- 18 below the minimum required to rule alone.

Prime Minister Ahmet Davutoglu, an Erdogan ally and fellow AKP member, convened his cabinet and party executives Monday to discuss the party's options. Davutoglu will need to choose the most likely course to remain in power, whether by coaxing a reluctant opponent to the table or by trying to rule alone in a parliament where the AKP will be outnumbered by three empowered rivals.

The election result also puts Erdogan's hopes of passing constitutional changes that would have boosted his powers on hold. He is likely to see his preeminent position in Turkish politics erode without the ability to steer the government through his party.

We have to hope he's been crippled, but also be wary that he could decide to just wipe out democratic laws within an instant if he wanted to, much like the Nazis did during WW2. For now, it looks like a fortunate turn of events is happening, and Erdogan's been weakened deservedly.

I expect Erdogan to take by fiat what he can no longer win with votes. He can be confident because of the way the world has allowed Putin to do as he pleases. And Iran. And no one will stop him. Certainly not his pal Obama. 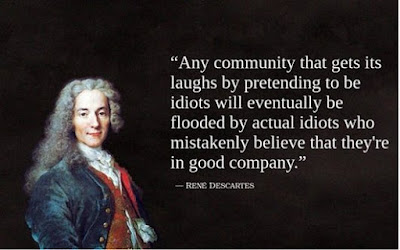 4. How did 2 killers escape from a maximum security prison?

Corruption and incompetence at the top trickle down. Did not Shakespeare's Hamlet make that very point centuries ago?
Posted by Always On Watch at 7:26 AM 0 comments

I may have misread the alleged apology by the head of Orange Corp. a few days ago, since it appears he may still want to sever business ties with the Israeli firm, all to please his Muslim customers. But now, it looks like two millionaires are joining forces against Orange and other such companies to make it clear they won't stand for their hostility to Israel:


Israeli-American media mogul Haim Saban on Saturday rejected as a “blatant lie” the claim by French telecom giant Orange that it was not pulling out of Israel for political reasons, and vowed to fight back so robustly against Orange that any other company thinking of boycotting Israel would reconsider. “We do have an anti-Semitic tsunami that’s coming at us,” said Saban of the international effort to boycott and demonize Israel.

Saban was speaking in a joint Israeli television interview with Jewish American billionaire Sheldon Adelson from Las Vegas, where Adelson this weekend hosted representatives of some 50 Jewish and pro-Israel organizations to coordinate a strategy for battling anti-Israel boycott efforts.

Adelson said his prime focus initially was to reverse the inroads being made by what he called “the BDS (Boycott, Divestment and Sanctions) and company… the anti-Israel and anti-Semitic organizations [that] are making a lot of headway on the campuses in the United States.” He said he would encourage Jewish groups to work to have boycott decisions taken by student campus groups reversed.

But Saban made clear that he intended to fight back against any business groups inclining to boycott Israel, and create a climate in which they were deterred from doing so.

Saban — who owns Partner, the Israeli company whose rights to use the Orange name are now to be cancelled by the French telecom giant — angrily dismissed Orange CEO Stephane Richard’s claim that Orange is not pulling out of Israel for political reasons.

Richard last Wednesday said in Cairo that he wanted Orange to “withdraw” from Israel as soon as possible, and Orange announced it was severing its contract with Partner on Thursday. Amid a storm of criticism in Israel and from American Jewish leaders, Richard then apologized for his comments, said he loves Israel, and claimed that the pullout was commercial not political.

“That’s a blatant lie,” Saban told Channel 2, in a joint interview for Vegas with Adelson alongside him. “Therefore we’re going to weigh all of our options.”

Added Saban: “And one thing is for sure. This isn’t over. This is the beginning. Any company that chooses to boycott business in Israel is going to look at this case, and once we’re done they’re going to think twice whether they want to take on Israel or not. Trust me this is just the beginning.”

In a letter he sent to the Vegas gathering, Israel’s Prime Minister Benjamin Netanyahu also rejected Orange CEO Richard’s apologies and clarifications: “His words about [his] connection to Israel do not undo or change the impact of his hostile comments in Egypt,” Netanyahu said of Richard in the letter. “We have to fight back [against BDS efforts]. It’s another front.”

This should also serve as a vital warning that anti-Israelism is still prevalent in Egypt. If Richard still intends to cease all his business with the Israeli business, then his company can't be supported by customers. Here's more on the topic at Commentary.
Posted by Avi Green at 4:12 PM 0 comments