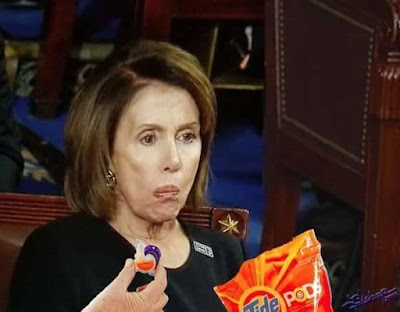 To put that into perspective. The average annual household income in the United States is $59,039.

Here's some horrific tweets I found by awful novelist/comics scripter Ahmed, who has no business being in entertainment or writing for Marvel if this is how he's going to act, from the past 5 years:

Now this is definitely horrific what Ahmed is saying, and makes him as bad as Ardian Syaf, who got fired from Marvel 2 years ago for his own anti-semitic, anti-Israeli writings (and inserting subliminal messages into his art). It's very much like a blood libel a Swedish paper wrote against the IDF, and another example of a blood libel carried over from the Muslim world. And what kind of hypocrisy is that to attack Evangelicals when Ahmed's doing just that against Israel? Makes me wonder what he thinks of Gal Gadot too.


Scores of children in #Gaza have been slaughtered by Israel. But let's talk about the REAL cost here. ht @Bro_Pair pic.twitter.com/bVIwD0DVUi
— Saladin Ahmed (@saladinahmed) July 16, 2014

"You're an Israel-basher!"
Yes, a thousand times yes, I am.
And a US-basher! A Saudi Arabia-basher!
States aren't people.
Bash, bash away.
— Saladin Ahmed (@saladinahmed) July 2, 2014

Yeah, sure he's a Saudi Arabia basher. I don't buy that moral equivalence for a second. Besides the Israel-bashing, the US-bashing is also offensive. Jeff Dunetz wrote about some of the tactics Ahmed was resorting to, which date back a long way.

Ah, so now he's even siding with Israel-basher Marc Lamont Hill, who doesn't deserve his job at Temple University either, and is attacking Santorum over a thoughtcrime for defending Israel.

All that aside, if this is how Ahmed's going to behave, then C.B. Cebulski and company should be ashamed of themselves for turning a blind eye to his own reprehensible conduct, which, it goes without saying, is insulting to the memory of Stan Lee, the son of Romanian-Jewish immigrants to the US. Indeed, why is Ahmed still employed at Marvel (where he'll be taking over the Muslim Ms. Marvel book from G. Willow Wilson), or any comics company for that matter? Did they just get rid of Syaf because a foreigner was seen as more convenient for distancing themselves from? Well, it's very cheap, and their failure to ensure dismissals of offensive contributors won't be token only speaks volumes.

Besides the horrific conduct of Ahmed, whose novels I won't be buying, there's even some eyebrow-raising information about Sana Amanat's background. For starters, look at this information from Montville Township:


Hamida Mahmood Amanat introduced her daughter, Sana Amanat, and said her daughter spearheaded the effort to empower women and minorities in an industry dominated by men.

Amanat is Marvel Comics’ Director of Content and Character Development, and oversees Marvel’s continued efforts to expand its library of characters across the company’s various platforms across the globe, according to the event’s program booklet.[...]

And according to World Net Daily, in their coverage of a federal investigation of Huma Abedin's family for fraud, it shows that the Amanats are related to the Abedins:

Records show that her first cousin, Omar Amanat, is under federal indictment for cheating investors in Kit Digital Inc. of millions of dollars between 2009 and 2012, forcing the tech start-up to go bankrupt in 2013. He has been placed under house arrest as he awaits trial, which is scheduled for Oct. 2. [...]

In fact, Omar Amanat’s parents, Sharif and Hamida Amanat, once hosted Huma Abedin’s parents, Syed and Saleha Abedin, at their New Jersey home when Huma’s ailing father had to move back temporarily from Saudi Arabia to undergo a kidney transplant. The Amanats helped the couple continue publishing their Saudi-based journal promoting Shariah law from the U.S. In fact, Omar’s mother, Hamida Amanat, has contributed articles to the journal.

“Dr. Sharif Amanat and his precious wife Hamida created an environment so congenial and supportive that without it it would have been impossible to function effectively,” a recovering Syed Abedin wrote in a 1991 issue of his “Institute of Muslim Minority Affairs Journal.” “I have no words to thank them.”

Now this is certainly eyebrow-raising. So the parents of Sana Amanat are more or less related to the Abedins. Which suggests we have quite a propaganda movement here making inroads into political and entertainment mediums, denigrating products they didn't create, and pushing their vicious leftist propaganda into all these items at a whim. These, tragically, are the kind of people we have running the store today at Marvel, and don't be shocked if any contributors to DC now aren't far behind.

Above all, Marvel, DC and other publishers shouldn't be employing these kind of disrespectful propagandists who have no gratitude for the Jewish founders and beginners of the medium like Lee, Kirby, Siegel, Shuster and others. But tragically, it's clear for now they have no intention of letting them go or distancing themselves from such reprehensible writers and executives, and that's why it'll only precipitate the demise of the Big Two for starters.
Posted by Avi Green at 4:23 PM 0 comments