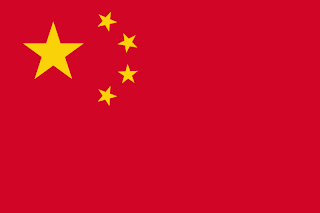 Fearing the approach of a ticking "bachelor bomb," China is planning tougher laws against sex-selective abortions that have boosted the number of boys in recent years, state media said Saturday.

The State Council, or cabinet, is drafting special regulations that specify punishments for parents and doctors who abort foetuses after discovering they are female, the Xinhua news agency reported.

Abortions motivated merely by gender are already illegal in China but existing laws do not specify the punishment for such acts, according to Xinhua, which gave no timetable for the new rules.

The sex ratio among Chinese toddlers is becoming ever more skewed as a direct result of the nation's one-child policy. 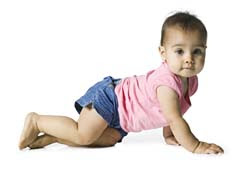 This is because couples that cannot give birth to an unlimited number of children are more likely to abort female foetuses in the hope of having a much-wanted son.

"The root cause is traditional thinking that boys are better than girls, especially in poverty-stricken areas," said Song Jiang, a population expert at Beijing's Renmin University. "Those people expect boys to support the family." 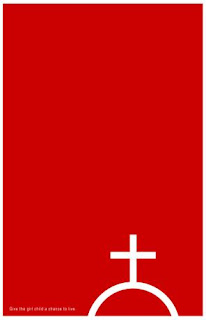 THIS IS A LIE; THE ROOT CAUSE IS CHINA'S TYRANNICAL SOCIALIST POLICY - FOR THE COMMON GOOD, OF COURSE - WHICH FORCES COUPLES LIMIT THEMSELVES TO ONE CHILD.

In some parts of China, sex-selective abortions have created a situation where there are more than three boys for every two girls, Xinhua said in a separate report. In a particularly striking example, there are 163.5 boys for every 100 girls in the city of Lianyungang in east China's Jiangsu province, according to Xinhua.

The statistics came from the state-controlled China Family Planning Association, which said in a survey that 99 cities had sex ratios higher than 125 boys to 100 girls. Previously published figures have showed that the national average in China in 2005 was nearly 119 boys to every 100 girls. The average global sex ratio at birth is about 105 under "natural" conditions. ...

Demographers are increasingly warning of the dangers the trend poses to social stability in China. The biggest worry is that a huge army of bachelors will result with an estimated 30 million more men than women. Some analysts argue that the disparity could become a force for social instability.

Under the one-child policy, introduced in about 1980, China's urban dwellers are allowed one child, while rural families can have two if the first is a girl. 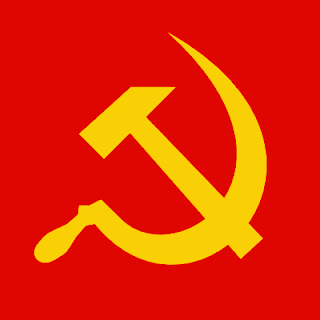 Ruthless enforcement has triggered widespread opposition, especially in the countryside where children are valued as additional economic muscle. Riots have broken out against forced abortions and other measures, such as heavy fines, the destruction of homes and confiscation of property.

However ruling Communist Party officials and the rich often ignore the law themselves or pay the necessary fines. Despite its unpopularity, the policy has been effective in slowing China's demographic growth.

At 1.3 billion people it already has the world's biggest population but it is expected to be overtaken by India some time this century.

INDIA HAS A SIMILAR PROBLEM WITH FEMALE INFANTICIDE AND FOETICIDE.

THE ROOT CAUSE OF THESE MURDERS - BY THE MILLIONS - IS SOCIALISM: 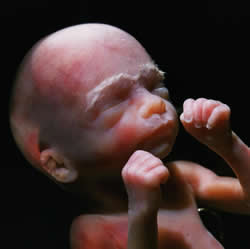 IF WE WANT TO END THE INFANTICIDE AND FOETICDE OF MILLIONS OF OUR FELLOW HUMANS EVERY YEAR, THEN WE NEED TO END SOCIALIST/"PROGRESSIVE" POLICIES.

GOVERNMENTS MUST NOT BE ALLOWED TO LIMIT FAMILY SIZE.

GOVERNMENTS SHOULD HAVE NO BUSINESS TELLING COUPLES HOW MANY CHILDREN TO HAVE.

AND THEN, FETICIDE - WHICH IS NOTHING IF NOT THE GENOCIDE OF FEMALE BABIES - WILL END.

More on feticide HERE and HERE. And BBC HERE.
Posted by Reliapundit at 2:06 PM

Your own post clearly states that differential abortion of female fetuses is widespread in India (as in fact it is). India is among the most pro-capitalist countries on earth. However, it also has a long patriarchal tradition of favoring male children, and a tradition of expensive doweries for brides that can bankrupt the family of a girl, and bring wealth into the family of a boy.

You seem oblivious to the facts that you yourself report. You may not approve of the one-child policy, or command economies, but your explanation of selective abortion in those terms makes no sense and does not account for that practice in capitalist economies, even though you yourself mention that it occurs there. Your explanation does not account for the facts you report; it cannot be true.

First of all, India is not a pro-capitalist country, it is a predominantly socialist country, long within the Soviet sphere of influence, that has begun making some tentative steps towards a free economy, as China has.

Reliapundit's point is not however to deny the longstanding cultural preferences of Chinese and Indians for male issue.

His point is that the socialist, statist, totalitarian intrusion of governmental regulations, controlling a couple's fecundity by mandating only one child per couple, plays upon those cultural preferences, and results in selective female abortions.

It is the one-child policy that promotes abortion, not the preference for males, that is the issue.

Indeed, the one-child policy in China does not merely promote abortion -- it requires it.

china and india are socialist economies which have become friendly to capitalism.

they are not friendly to female fetuses.

for the common good, of course.

china and india have more private enterprise now than ever, but their governments still have very intrusive policies in their economies and the lives of their citizens.

for the common good of course.

what me and punditarian are driving at is the fact that china and india ARE SOCIALIST and that their intrusive/statist laws about family-planning PROVES IT.

their laws are FOR THE COMMON GOOD. for DAS VOLK. the uplifting of THE MASSES.

you get it now, dontchya!?

if they did not intrude upon families int family-planning decisions they would be more LIBERTARIAN.

the right to life is the most basic liberty.

i'd guess you and your fellow travellers at BIOETHICS BLOG are all pro-abortion rights advocates.

which is a position which basically says it's okay for a mother to kill her baby as long as its in her womb.

even if one believes that it's only okay after the ARBITRARY 22 week DEADLINE.

and it is arbitrary. by definition.

BY DEFINITION: LIFE BEGINS AT CONCEPTION.

conception is not something which happens at the 20th or 21st or 22nd week.

conception occurs at the moment a new CREATURE is conceived, when sperm meets egg, and a new individual with unique DNA is CREATED.

but they would allow it for other reasons - like if the mother just didn't feel like going full term and giving the baby away for adoption.

any sane person not in the thrall of postmodernist amorality can see the UTTER AND COMPLETE moral bankruptcy of that position.

if abortion is wrong for gender selection, then it is wrong. PERIOD.

the result is - as it is so often with socialist nations - GENOCIDE.

and make no mistake about it: most genocide in HUMAN HISTORY has been committed by SOCIALISTS, for the common good.

and the policies they favore4d... they all said were for the common good.

as the chinese government now argues their polices are for the common good.

Both India and China are trying to undo the forces they set in motion when they invasively took family planning policies - FOR THE COMMON GOOD.

if the state has no interest in the size of any family, then they will not force families to have families of any particular size, and these decisions will be made by the families themselves.

THERE ARE PLENTY OF COUPLES WHO CANNOT CONCEIVE WHO WOULD LOVE TO ADOPT A FEMALE BABY FROM CHINA OR INDIA.

this way, the family giving up the bay wins and the baby wins, and the family adopting wins too.

what's wrong with that?


World in the Balance homepage

In 1952, India was the first country in the world to launch a mass media campaign to spread the concept of family planning in response to population growth. Most developing nations soon followed suit. While the campaigns have had varying degrees of success, they have made a significant impact overall. According to a World Bank study, the average number of children per woman in the developing world declined by 2.5 children between 1960, when many of the campaigns began in earnest, and 1990, and it has continued to decline.

Efforts to promote family planning through print media, radio announcements, and television ads carefully designed for national audiences persist in most developing countries. Here, browse recent posters from population campaigns in China, India, and Kenya, and learn how their different approaches have fared in the decades since they began.—Lexi Krock

China's Communist Party first implemented the "one child" rule—perhaps the best-known population policy in the world—in the 1970s amidst growing concerns over whether the famine-prone country could continue to feed its skyrocketing population. The rule, which reportedly is more lax today, stipulates that urban couples should have only one child. Couples in rural areas, where 80 percent of the population lives, may have two or possibly more children but should delay getting married initially and then space their children. Families that violate the rule where it is most strictly enforced face mandatory abortions and severe financial penalties, while single-child couples throughout the country are entitled to better child care, preferential housing assignments, and cash bonuses. The policy has generally worked, and fertility rates have fallen to an average of about two children per woman, down from more than five children per woman in the 1950s. However, the number of Chinese women having children today is still much greater than were having children in the previous generation, so China's population growth continues.

National ad campaigns promoting "one child" link the policy to prosperity and good Communist citizenship. By showing happy single female children, many of the ads also seem to respond subtly to the traditional preference for boys, which some critics maintain has led to the killing of female infants. To view the posters, click on the thumbnails below.
China China China China China

India's population has more than doubled since its family-planning policy went into effect in the 1950s, and current projections predict that India will overtake China's position as most populous nation by 2050. However, India's total fertility rate has declined by more than 40 percent since the 1960s, and today the average number of children per woman is around three. The country's most recent approach to population issues focuses on the advancement of women economically, academically, and socially, as independent women are more likely to have small families. This is a change from the darker days of India's population policy. In the 1970s, the government declared a population "state of emergency," began implementing forced sterilizations in the nation's poorest regions, and even rewarded medical workers who performed the most operations. The national focus on sterilization hindered women's acceptance of family planning, as many considered birth control an all-or-nothing proposition and chose to forgo it entirely.

The posters below illustrate the range of important issues India's population policy addresses today, including advocating child spacing, informing women and men about the range and availability of contraceptive methods, promoting small family size, and presenting sterilization in a more humane light. Another key issue that Indian public information campaigns have widely targeted is favoritism for boy children, a deeply ingrained tradition that drives couples to have more children. To view the posters, click on the thumbnails below.