FRANCE HAVING THIRD COLDEST SUMMER IN NEARLY A CENTURY

BCB HAS THE DETAILS. EXCERPT: 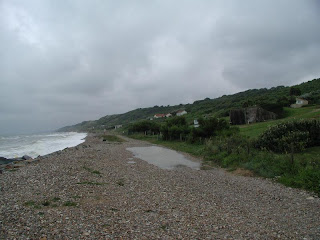 France has had the third worst summer in recorded history, only 1954 and 1977 were more miserable. Most of the nation has been much wetter and considerably cooler than historical averages.

PARIS (AFP) - It's official: France's rainy, grey and generally cold summer has been the worst for the past 30 years, the weather service said Friday...

In the northern city of Caen in Normandy, the weather service registered 592 hours of sunshine from May 1st to August 21, well below the average of 809 hours.

Temperatures on the Atlantic coast have been on average two or three degrees Celsius below seasonal averages, said Jean-Marc Le Gallic from Meteo France.

France - proving once again that it's the exception? Or does this once again merely prove that AGW bunk?
Posted by Reliapundit at 4:08 PM