Over the past five years, heating a home in the UK has become 63 per cent more expensive, while real wages have declined. Unsurprisingly, a greater number of poor households must spend more than 10 per cent of their income on energy, becoming what is known as energy poor. This category now covers some 17 per cent of all British households.

Worse, because the elderly are typically poorer, energy poverty affects about a quarter of all households whose inhabitants are over 60.

Deprived pensioners are spending their days riding heated buses to keep warm, while a third are leaving part of their homes cold.

... Wealthy homeowners in Bavaria might feel good about installing inefficient solar panels on their roofs, but their lavish subsidies are essentially financed by poor tenants in the Ruhr paying higher electricity costs.

Climate policies take an even larger toll on people in the developing world. Almost three billion people rely on burning twigs and dung to cook and keep warm. This causes indoor air pollution, at the cost of 4.3 million lives a year, and creates the world’s biggest environmental problem. Access to cheap and plentiful electricity is one of the most effective ways out of poverty — curtailing indoor air pollution and allowing refrigeration to keep food from spoiling (and people from starving). Cheap electricity charges computers that connect the poor to the world. It powers agriculture and businesses that provide jobs and economic growth.

Since then, it has powered its incredible growth almost exclusively on heavily polluting coal, lifting a historic 680 million people out of poverty. Today, China gets a trifling 0.23 per cent of its energy from unreliable wind and solar.

Yet most Westerners still want to focus on putting up more inefficient solar panels in the developing world. But this infatuation inflicts a real cost. A recent analysis from the Centre for Global Development shows that $10 billion invested in such renewables would help lift 20 million people in Africa out of poverty. It sounds impressive, until you learn that if this sum was spent on gas electrification it would lift 90 million people out of poverty. So in choosing to spend that $10 billion on renewables, we deliberately end up choosing to leave more than 70 million people in darkness and poverty.

In the West, we take our supply of electricity for granted. After a century, we’ve forgotten that plentiful, affordable and dependable energy is the lifeblood of modern civilisation and prosperity.

Discussions about saving the world seldom acknowledge the 1.3 billion people living without any electricity whatsoever. Their problems seem otherworldly to us — and we neglect the fact that the same sort of access to cheap electricity would substantially improve their lives.

When it comes to helping the world’s poor, a topic like climate change seems to interest the West far more than such mundane matters as helping them power their houses.


"man-made global-warming' - is merely a theoretical danger, one I am skeptical of because it is a FACT that the globe has had many MANY eras of warming and cooling, ALL before SUV's or man-made "greenhouse gases."

And then there's this FACT: As CO2 levels increased from 1940-1970, global temperatures DECLINED; this is DISPOSITIVE PROOF; increases in atmospheric CO2 cannot cause global warming. In fact, many areas where we see OBVIOUS warming are places where the local conditions are the cause - like Kilimanjaro and the Arctic.

People who are more worried about "man-made global warming:" are either DUPES or INSANE; most're victims of a deliberately provoked mass-hysteria perpetrated by politicians who literally and absolutely (and self-admittedly) want to enact laws which give government more control over the marketplace, if not the global economy, and who want to stultify the growth of trade and industrialization - the two economic engines which can actually best END worldwide poverty.


PROOF: The leading cause of human suffering in the Third World is the Left

PEOPLE WHO PROMOTE HANDOUTS, A "SUSTAINABLE ECONOMY" AND CARBON SWAPS AND WHO OPPOSE GOOD OL' INDUSTRIALIZATION ARE ACTUALLY THE LEADING CAUSE OF THIRD WORLD POVERTY, MALNUTRITION AND SHORTER LIVE SPANS.

WHO ARE THESE PEOPLE?

ARE THEY BIG CORPORATIONS?

LIBERALS WHO ADVOCATE THINGS LIKE PROTECTIONISM, SUSTAINABLE DEVELOPMENT AND THE GREEN ECONOMY.

TO MAKE THIRD WORLD POVERTY HISTORY WE NEED TO MAKE THE LEFT HISTORY.

Wheat prices have seen the most pronounced increases, doubling between June last year and January 2011, while maize prices were up 73%.


The potential is huge, on the order of hundreds of billions of barrels of recoverable reserves,” said Michael C. Lynch, president of Strategic Energy and Economic Research, a consulting firm, who is preparing a report on global shale oil.

Similar fields in North Dakota and Texas are already beginning to gush oil. The techniques used to extract it include hydraulic fracturing, in which high-pressure fluids are used to break up shale rock to release the oil, and horizontal drilling, which allows drillers to tap thin layers of oil-filled shale that are sandwiched between layers of other rock.


SATURDAY, MAY 05, 2012ONLY THREE THINGS ARE RESPONSIBLE FOR PERSISTENT GLOBAL POVERTY
THE THREE THINGS ARE:
1. SOCIALISM PREVENTS PEOPLE FROM FREELY PRODUCING AND CONSUMING WHAT THEY WANT, PUNISHES THE MOST PRODUCTIVE PEOPLE WHILE REWARDING SLOTH, AND PREDETERMINES OUTCOMES BY MAKING EVERYONE POORER.

2. ISLAMISM IS A TOTALITARIAN PROGRAM WHICH SEEKS TO CENTRALLY CONTROL ALL BEHAVIOR AND LIMIT ALL INTELLECTUAL ENDEAVOR TO THOSE ACCEPTABLE TO SHARIA. AS A RESULT, NO ISLAMIC NATION HAS EVER INNOVATED ANYTHING; EVERY INNOVATION CREDITED BY DHIMMIS TO ISLAMIC CULTURE WERE IN FACT INNOVATIONS CREATED BY NON-MUSLIMS UNDER THEIR TYRANNICAL CONTROL.

WITHOUT OIL - AND PERHAPS TOURISM, NO ISLAMIC NATION WOULD HAVE ANY GDP WORTH MENTIONING.

NEARLY 3/4 OF A BILLION MUSLIMS LIVE UNDER GOVERNMENTS AND IN CULTURES WHICH ARE OVERTLY CONTROLLED BY ISLAM - AND AN EQUAL AMOUNT IS UNDER THREAT OF GLOBAL JIHAD.
UNTIL THEY NO LONGER LIVE UNDER OR ARE THREATENED BY THIS ANTI-LIBERTARIAN IDEOLOGY THEY WILL REMAIN IN ECONOMIC DISTRESS.

3. CLIMATE ALARMISM IS RESPONSIBLE FOR INFLATING THE COST OF ALL ENERGY AND RETARDING THE EXPANSION OF INDUSTRIALIZATION TO THE THIRD WORLD.

EXPENSIVE ENERGY INFLATES THE COST OF EVERYTHING ELSE, AND THAT HURTS POOR WORKING CLASS PEOPLE AND IMPOVERISHED THIRD WORLD PEOPLE THE MOST.

CLIMATE ALARMISM - OR CO2PHOBIA - IS BASED ON THE FALSE IDEA THAT MAN-MADE CO2 IS CAUSING ALARMING GLOBAL WARMING AND CLIMATE CHANGE.

THREE INDISPUTABLE FACTS PROVE THAT AGW AKA "MAN-MADE CLIMATE CHANGE" IS A FALSE IDEA:
(A) THERE IS NOTHING ABOUT THE CLIMATE CHANGE THAT HAS OCCURRED SINCE THE BEGINNING OF THE INDUSTRIAL AGE THAT IS OUTSIDE THE PROVEN CLIMATE CHANGE THAT OCCURRED DURING THE PRE-INDUSTRIAL ERA OF OUR  HISTORICAL AGE OR THE PREHISTORICAL/GEOLOGICAL RECORD.
(B) CO2 HAS STEADILY INCREASED THE LAST 12 YEARS BUT GLOBAL TEMPERATURES HAVEN'T AND NEITHER HAS THE FREQUENCY OR INTENSITY OF STORMS OF ANY TYPE - TORNADOES, HURRICANES, TYPHOONS, OR BLIZZARDS.
(C) ALL DRAMATIC APPEARING CHANGES - FROM KILIMANJARO, TO THE HIMALAYAS, GREENLAND, THE ARCTIC AND THE ANTARCTIC - CAN BE MORE EASILY EXPLAINED BY APPEALING TO LOCAL INPUTS AND NOT GLOBAL ONES.

THE CARBON-CONTROL SCHEMES DEVELOPED BY THE CLIMATE ALARMISTS HAVE NOT REDUCED MAN-MADE CO2 - NOT EVEN ONE-PART-PER-MILLION, BUT THEY HAVE IMPOVERISHED WORKING CLASS PEOPLE, SLOWED GLOBAL ECONOMIC GROWTH AND RETARDED INDUSTRIALIZATION OF THE THIRD WORLD WHILE ENRICHING MANY ALARMISTS AND THEIR CRONIES IN THE RULING CLASS.

IMPOVERISHING PEOPLE AND DISTORTING MARKETS - WHILE BENEFITING ITS PROPONENTS - ARE THE ONLY THING THE CLIMATE ALARMISTS HAVE REALLY ACCOMPLISHED.
IF YOU REALLY WANT TO MAKE POVERTY HISTORY, THEN YOU SHOULD WORK TO MAKE SOCIALISM, ISLAMISM, AND CLIMATE ALARMISM HISTORY.

UNTIL THESE THREE IDEOLOGIES ARE VANQUISHED POVERTY WILL PERSIST AND GROW.


The single most remediable economically repressive idea in the world today is CO2PHOBIA.

Misogyny, islamism and leftism are as damaging, but they are more difficult to remediate.

CO2phobia is the idea that too much man-made CO2 is toxic to the global ecology.

This irrational fear has driven up the cost of ALL energy and expensive energy is a major factor in the current global recession - as it has been in all recent recessions... 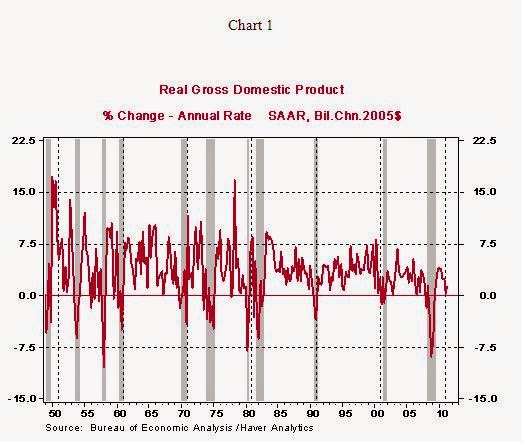 Recessions closely follow bug run-ups and energy prices and these run-ups were usually caused by islamo-hegemony.

KYOTO AND 9/11, AND ITS AFTERMATH - (THE IRAQ WAR, THE IRANIAN NUKE PROGRAM, THE ARAB SPRING) - ARE WHAT'S DRIVEN ENERGY COSTS UP AND ECONOMIC GROWTH DOWN, DOWN, DOWN.

... REPEAT: CO2phobia is the chief reason the world economy is in recession and the Third World is impoverished.

If you want to make the recession and Third World poverty history, then you have to make CO2phobia history.


... THE CO2PHOBIC ALARMIST CAMP SHOULD NOT BE TRUSTED.

BECAUSE THEIR POLICIES HAVE RAISED THE COST OF ENERGY GLOBALLY...

... AND REDUCED THE AMOUNT OF INDUSTRIAL DEVELOPMENT GLOBALLY,

IS THE SECOND GREATEST THREAT TO WESTERN CIVILIZATION - RIGHT AFTER GLOBAL JIHAD.

THOUGH THEY PROBABLY THINK OF THEMSELVES AS DO-GOODERS

AND THOUGH THEY PROBABLY SEE THEIR DELIBERATE LIES AS ULTIMATELY FORGIVABLE (BECAUSE THEY SERVE "THE COMMON GOOD"),

THE CLIMATE CHANGE COMPLEX IS ACTUALLY A REGRESSIVE FORCE:

THE POLICES OF THE CO2PHOBIC CLIMATE CHANGE COMPLEX HAVE PREVENTED THE THIRD WORLD FROM DEVELOPING INDUSTRIALLY AND THIS IS KEEPING POOR PEOPLE POOR.

IF WE WANT TO END GLOBAL POVERTY, THEN WE HAVE TO DEMOLISH THE CLIMATE CHANGE COMPLEX.

YOU CAN SEE THIS HAS BEEN A TOPIC OF MAJOR CONCERN AT TAB.

IT IS WONDERFUL THAT AN ECONOMIST OF INTERNATIONAL RENOWN IS NOW ARGUING THE SAME BASIC AND IMPORTANT POINT.

ENDING CLIMATE ALARMISM IS IN THE INTEREST OF ALL HUMANITY - ESPECIALLY THE POOREST AMONG US.