Since the government clearly cannot be trusted to ensure they'll pay convincingly for their repulsive crimes: 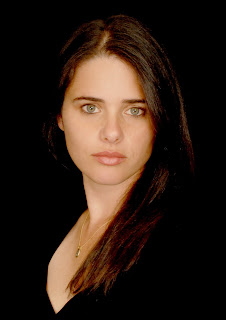 MK Ayelet Shaked (Bayit Yehudi) on Monday called for implementing the death penalty for terrorists. She said the measure was necessary to ensure that terrorist murderers are "never released."

“The State of Israel does not know how to keep terrorists in prison,” Shaked said. “Unfortunately we have no choice but to ensure that murderers, like those who killed the Fogel family, who killed a three month old and his parents, are never released.”

The only way to do that was to eliminate the terrorists, she declared.

Shaked was referring to the massacre in June 2011 of five members of the Fogel family of Itamar: father Ehud (Udi) Fogel, mother Ruth Fogel, and three of their six children - Yoav, 11, Elad, 4, and Hadas, the youngest, a three-month-old infant. The Fogel family's murderers are still in prison, but Shaked said she would not be surprised if they were released in a future negotiation deal or Israeli “gesture” to the PA.

“The only way to solve this is with a death penalty,” she said, pointing out that “The law is already on the books, as the IDF has the right to execute terrorists. We just need to make sure the law is implemented in extreme circumstances."

I fully agree with her. The jihadists should in fact suffer the worst possible punishments they could get, like having a bullet put through their brain at close range, splattering their blood all over the place. That would be one of the most effective ways to punish them before sending them on their way to hell.
Posted by Avi Green at 2:58 PM