BBC: OBAMA TO WEAKEN CRIMINAL CODE TO MAKE IT BETTER FOR CRIMINALS


The Obama administration has unveiled major changes to the criminal justice system, dropping mandatory minimum sentences in certain drug cases.
Such terms will not be imposed for non-violent drug offenders with no gang or cartel ties, Attorney General Eric Holder said in a speech.
The US has one of the world's biggest prison populations, despite a 40-year-low in the country's crime rates.
Critics say that heavy drug sentences have hit minorities hardest.
"We need to ensure that incarceration is used to punish, deter and rehabilitate - not merely to convict, warehouse and forget," Mr Holder said in a speech to the American Bar Association in San Francisco on Monday.
'Vicious cycle'Under the reforms, Mr Holder is directing US prosecutors who draft indictments for certain drug offences to omit any mention of the quantity of illegal substance involved, so as to avoid triggering a mandatory minimum sentence.
Only non-violent offenders with no previous charges or ties to gangs or cartels will be affected.

I LOVE HOW THE BEEB PHRASES IT:  "The US has one of the world's biggest prison populations, despite a 40-year-low in the country's crime rates." AS IF THERE WSS NO CAUSE-AND-EFFECT.

OBAMA HAS AIDED JIHADISTS IN LIBYA AND SYRIA AND ARMED DRUG CARTELS IN MEXICO.

AND STEERED BILLIONS TO HIS CRONIES AND COMRADES THROUGH THE GM-TAKEOVER - WHICH HELPED THE UAW - AND THE SO-CALLED GREEN ECONOMY "INVESTMENTS, LIKE TO SOLYNDRA.

SO OF COURSE, HELPING CONVICTS IS TO BE EXPECTED.

A MAN WHO VOTED IN FAVOR OF INFANTICIDE TWICE - AS STATE SENATOR - IS CAPABLE OF ANY EVIL IMAGINABLE.

AND OBAMA IS DELIVERING.

I PRAY WE SURVIVE HIS PRESIDENCY.

I FEAR WE WILL - BUT AS A HOLLOWED OUT COUNTRY WITH A HORRIBLE  ECONOMY, HUMONGOUS DEBT, A WEAKER DEFENSE DEPARTMENT - AND A NUCLEAR ARMED IRAN TO BOOT.

AS I PREDICTED BEFORE HE WAS ELECTED: 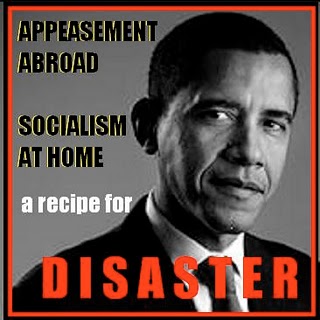 Posted by Reliapundit at 6:46 PM