Another New Nation, South Sudan = Another Nation Created Because Muslims Can Not Play Well With Others 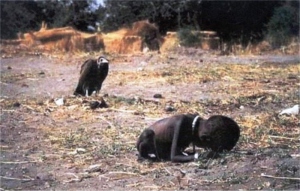 “Enmity and hatred will reign between us until ye believe in Allah alone.”
- The Qur’an (60:4)
Muslims can not get along with their neighbors. Instead, they like to kill their neighbors, if their neighbors are any variety of "Infidel", be it gay, apostate, adulterer, Christian, Hindu, Jew, Animist, Pagan, Atheist, Agnostic, or whatever.

A partial list of "nations" created because Muslims could not get along with non-Muslims would include:

From the Associated Press:


JUBA, South Sudan (AP) — South Sudanese citizens, international dignitaries and the world's newest president are convening in the new country capital of Juba to celebrate the birth of a nation.

Sudan President Omar al-Bashir, the former leader of the south, is also to attend Saturday's ceremony.

What other nations have been created specifically because Muslims can not get along with their neighbors?

This ought to be interesting.

Bosnia, though Muslims are only a plurality there, not a majority, they dominate because the rest of the population is divided between mutually hostile Orthodox Serbs and Catholic Croats.

Eritrea, though it is majority Christian (for now), its separation from Ethiopia was supported by neighbouring Muslims who want to eventually incorporate it into the Arab League and the OIC.

Singapore, this non-Muslim enclave was essentially expelled from majority Muslim Malaysia in the 1960s.

Turkish Republic of Northern Cyprus, recognized only by Turkey, it has been de facto independent since the 1970s.

Time till the next conflict with the Muslim north......Countdown running.

Yep. You got that right.