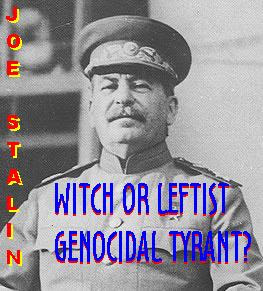 The "red scare" and McCarthy's efforts to rid our State Department and the Pentagon of communist sympathizers and Soviet spies have NOTHING to do with witch hunts.

Witches aren't real; and despite the fact that most Amercian Leftists thought that the USSR was benign even as late as 1989 while GHW Bush was president - the commie threat was real.

They really were the evil empire as McCarthy and Reagan said they were.

And most if not all of the comsymps McCarthy went after were agents of the USSR.

Many on the left still think of Joe McCarthy as being worse than Joe Stalin. 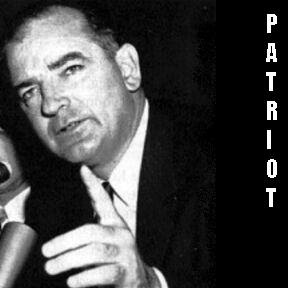 NOTE: McCarthy had nothing/nada/zero/zilch to do with the "blacklist" or Hollywood or the House Un-American Activities investigations. McCarthy was a Senator; he was NOT in the House; McCarthy served on the Senate's Government Affairs Committee and kept his investigations limited to communist threats within our government.

Those who compare our current vigilance against islamization and global jihad to witch hunts are as wrong about counter-jihad as they were about McCarthy and witch hunts.

Tactically one might dislike some of what McCarthy did or how he did it, but he was a patriot.

We don't have to use his tactics to go after the jihadists and their enablers and dupes on the left.

Those of us who FEAR islamization and detest sharia (and therefore might be called "islamophobes") --- and who love liberty and are willing to fight against islamization and sharia and to defend liberty --- are not the problem.

Those who minimize the threat of islamization and global jihad and appease the enemy are the problem.

Finally there is a voice to rehabilitate Joe McCarthy's long slandered reputation.

Please keep it up