IF THE THE KORAN IS A SACRED TEXT, THEN SO IS MEIN KAMPF AND DIANETICS BY L. RON HUBBARD 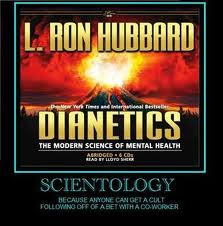 President Barack Obama said Friday that the idea that "we would burn the sacred texts of someone else's religion is contrary to what this country stands for."

DESPITE WHAT A BILLION MUSLIMS - AND OBAMA - HAVE BEEN BRAINWASHED TO BELIEVE - AND WHAT THEY AND LEFT WANTS YOU TO BELIEVE - THE KORAN IS NOT A SACRED TEXT.

It proves the Islamic claim --- (that the Quran is infallability, that it is Allah's original revelation word by word, and that it is copy of the version kept in a tablet in heaven) --- outright false.

The 1972 discovery of the earliest surviving Quranic manuscripts in the Great Mosque of Sana'a conclusively shows that the present Quran is different from the early manuscripts. It proves the Islamic claim---that the Quran is infallability, that it is Allah's original revelation word by word, and that it is copy of the version kept in a tablet in heaven---outright false.

... The devastating truth is that a large number of ancient Quranic manuscripts, dating from first century of Hijra were discovered in the Great Mosque of Sana’a (Yemen), which significantly differs from the present standard one. Carbon dating system confirmed that these Qurans are not forged one by religious rivalries. Moreover, these Qurans were discovered by Muslims, not infidels.

This is, probably, the most embarrassing event to Muslims in the 1,400-year history of Islam.

... Until now, only three ancient copies of the Quran are found. The one preserved in the British Library in London, dates from the late seventh century and was thought to be the oldest one. But the Sana’a manuscripts are even older. Moreover, these manuscripts are written in a script that originates from the Hijaz—the region of Arabia where prophet Muhammad lived, which makes them not only the oldest to have survived, but one of the earliest authentic copies of the Quran ever.

... The ancient texts were found to be devastatingly and disturbingly at odds with the existing form. There are unconventional verse ordering, small but significant textual variations, different orthography (spelling) and different artistic embellishment (decoration).

It shattered the orthodox Muslim belief that the Quran, as it has reached us today, is “the perfect, timeless, and unchanging Word of God”. It means Quran has been distorted, perverted, revised, modified and corrected, and textual alterations had taken place over the years purely by Human hands.

The sacred aura surrounding this Holy Scripture of Islam, which remained intact for some 14 centuries is gone with this astonishing discovery and the ‘core belief’ of 1.4b Muslims that the Quran is the eternal, unaltered word of God is now clearly visible as a great hoax, a downright falsehood.

... As if it is not enough, many manuscripts showed the sign of palimpsests, i.e., versions very clearly written over even earlier washed off versions. The underwriting of palimpsest is, of course, often difficult to read visually, but modern tools, such as ultraviolet photography, can highlight them. It suggests that the Sana’a manuscripts are not only variants to the present version of the Quran, but the Sana’a manuscripts themselves were variants of earlier version, re-written on the same paper. It means, Allah’s claim that original text is preserved in heaven on golden tablets (Q 56: 77–78; 85:21–22), which none can touch except angels is also a fairy-tale.

... Today, when the divinity of the Quran is shattered by the Sana’a manuscripts, the spiritual nature of Islam is also exposed. Islam is nothing but a pure Arab political movement. The Divinity was attached to the Quran, when Arabs started conquering the surrounding nations, and Islam was imposed on them by force. Arabs not only imposed Islam on others, but also imposed this irrational belief of Quranic divinity to the minds of their victims, so that once Arabs are gone, the conquered people cannot come out from this mental enslavement, and return back to their original faith. It is a rare political skill.

Many companions of Muhammad clearly knew that the Quran was fake, but they remained with their prophet to share the booty and to enjoy the women. We all know, after Muhammad’s death, several Arab tribes returned back to their original belief, and idolatry flourished, but were forced back to Islam with the sword and bloodbath.

BOTTOM-LINE: IF THE KORAN WAS THE KEY TO PROPER LIVING, THEN WHY ARE THE MOST DEVOUT MUSLIM COUNTRIES HELL-HOLES?

IOW: HOW CAN WE TELL A TRUE PROPHET FROM A FALSE ONE?

"BY THEIR FRUITS YOU SHALL KNOW THEM".

(2) THE IDEA THAT THE KORAN IS AN EVIL BOOK IS NOT LIMITED TO RIGHT-WING GOP NECON ZIONISTS.

OUR FOUNDERS KNEW IT FOR WHAT IT WAS:

John Adams did indeed own a Quran — the copy he owned contained the following in the preface:

This book is a long conference of God, the angels, and Mahomet, which that false prophet very grossly invented; sometimes he introduceth God, who speaketh to him, and teacheth him his law, then an angel, among the prophets, and frequently maketh God to speak in the plural. … Thou wilt wonder that such absurdities have infected the best part of the world, and wilt avouch, that the knowledge of what is contained in this book, will render that law contemptible …

[...] Here is what John Quincy Adams wrote about the Islamic prophet Mohammed:

In the seventh century of the Christian era, a wandering Arab of the lineage of Hagar, the Egyptian, combining the powers of transcendent genius, with the preternatural energy of a fanatic, and the fraudulent spirit of an impostor, proclaimed himself as a messenger from Heaven, and spread desolation and delusion over an extensive portion of the earth. Adopting from the sublime conception of the Mosaic law, the doctrine of one omnipotent God; he connected indissolubly with it, the audacious falsehood, that he was himself his prophet and apostle. Adopting from the new Revelation of Jesus, the faith and hope of immortal life, and of future retribution, he humbled it to the dust, by adapting all the rewards and sanctions of his religion to the gratification of the sexual passion. He poisoned the sources of human felicity at the fountain, by degrading the condition of the female sex, and the allowance of polygamy; and he declared undistinguishing and exterminating war, as a part of his religion, against all the rest of mankind. THE ESSENCE OF HIS DOCTRINE WAS VIOLENCE AND LUST: TO EXALT THE BRUTAL OVER THE SPIRITUAL PART OF HUMAN NATURE. [emphasis in the original]

John Quincy Adams also described the Quran in one of his essays as follows:

The precept of the koran is, perpetual war against all who deny, that Mahomet is the prophet of God. The vanquished may purchase their lives, by the payment of tribute; the victorious may be appeased by a false and delusive promise of peace; and the faithful follower of the prophet, may submit to the imperious necessities of defeat: but the command to propagate the Moslem creed by the sword is always obligatory, when it can be made effective. The commands of the prophet may be performed alike, by fraud, or by force. 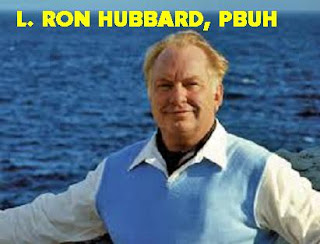 WE IN THE CIVILIZED WEST SHOULD NOT NOW ELEVATE THIS BOOK TO THE LEVEL OF SACRED.

THE KORAN IS NO MORE A SACRED TEXT THAN MEIN KAMPF OR DIANETICS.

ELEVATING IT TO THE LEVEL OF THE SACRED GIVES THEM A VICTORY THEY DO NOT DESERVE AND IT MAKES IT HARDER FOR US TO PREVENT AND ROLL-BACK ISLAMIZATION.
Posted by Reliapundit at 1:43 PM

Love the Ron hubbard PBUH! (or SWT or LMFAO)!!

450 rolls of film, a unique photo archive of ancient manuscripts of the Quran, “Koran Archiv” in Munich
Mystery and misfortune bedeviled the Munich archive from the start. The scholar who launched it perished in an odd climbing accident in 1933. His successor died in a 1941 plane crash. Mr. Spitaler, who inherited the Quran collection and then hid it, fared better. He lived to age 93.

The rolls of film, kept in cigar boxes, plastic trays and an old cookie tin, are now in a safe in Berlin.