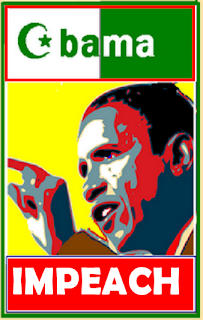 OBAMA AND HIS COMRADES ON THE LEFT AND IN THE JIHAD HAVE WON AN IMPORTANT BATTLE:

It calls on states to condemn and criminalize "any advocacy of national, racial or religious hatred that constitutes incitement to discrimination, hostility or violence."

It also condemns "negative stereotyping of religions and racial groups," which is of course an oblique reference to accurate reporting about the jihad doctrine and Islamic supremacism -- which is always the focus of whining by the Organization of the Islamic Conference and other groups about negative "stereotyping" of Islam.

They never say anything when people like Osama bin Laden and Khaled Sheikh Mohammed issue detailed Koranic expositions justifying violence and hatred; but when people like Geert Wilders and others report about such expositions, that's "negative stereotyping." 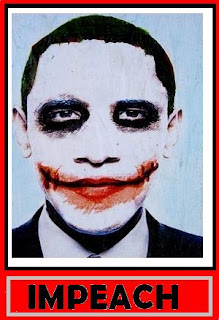 And the worst aspect of this and all such measures is that the "Incitement" and the "hatred" are in the eye of the beholder.

BY SPONSORING AND SUPPORTING THIS RESOLUTION, OBAMA HASN'T SERVED OR PROTECTED THE CONSTITUTION OF THE USA.

HE HAS IN FACT GONE AGAINST HIS SWORN OATH OF OFFICE.

HE HAS IN FACT COMMITTED AN IMPEACHABLE OFFENSE.

WE MUST IMPEACH OBAMA.

UPDATE: SCOOPED GATEWAY BY TWO DAYS.
Posted by Reliapundit at 11:38 AM