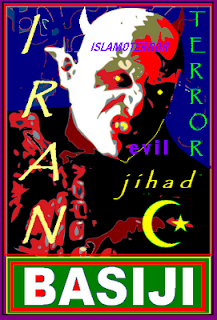 
"Witnesses are telling us that the Basijis are trashing entire streets and even neighborhoods as well as individual homes trying to stop the nightly rooftop protest chants," Sarah Leah Whitson, Middle East director at Human Rights Watch, said in a June 26 report by the New York-based group.

THIS MUST NOT STAND!

WE NEED TO ENACT A TOTAL BLOCKADE OF IRAN - AIR, SEA AND CURRENCY, AND THEN GO KINETIC.

UPDATE: BBC has the story too.
Posted by Reliapundit at 1:35 PM