DISPATCHES FROM THE GLOBAL WAR AGAINST ISLAMOFASCISM

IT AIN'T ABOUT ISRAEL, THE JOOZE, BUSHITLER, THE GOP, OR COLONIALISM - IT NEVER WAS:

The Philippines have relaxed a security cordon around Abu Sayyaf rebels who have threatened to behead one of three Red Cross hostages seized in January.

At least 800 soldiers have pulled back on the southern island of Jolo. "We are giving them a breathing space where they feel they're safe to negotiate," said Philippine Interior Secretary Ronaldo Puno.

The rebels said they would kill one of the hostages if the cordon around them was not fully removed by 31 March.

In rare public appeal, the head of the International Committee of the Red Cross Jakob Kellenberger asked Philippine officials to consider the demands made by the Islamist militants. He also called on the kidnappers not to harm the hostages - Swiss national Andreas Notter, Italian Eugenio Vagni and Filipina Mary Jean Lacaba - who were seized on 15 January. Mr Kellenberger said Red Cross staff were in the Philippines to do humanitarian work, and that nothing whatsoever could be achieved by hurting them.

The Abu Sayyaf has a history of beheading captives.

Yemeni security forces have clashed with militants linked to Osama Bin Laden's al-Qaeda network. Four policemen are reported to have died during an operation against the militants in Jaar, in Abyan province in the south of the country. Officials said it was launched in response to attacks by the insurgents on government forces. Correspondents say the town is a stronghold of militants who return to Yemen after fighting abroad.

Pakistan's army says troops backed by artillery and helicopter gunships have killed 26 militants in an attack near the Afghan border.

The army said the battle took place in Mohmand, North-West Frontier Province, said to be a hub for Taleban militants. Earlier, Pakistan's president said his country would not allow use of its soil for terrorist activity. It came after the US said elements in Pakistan's ISI military intelligence were still supporting the Taleban. 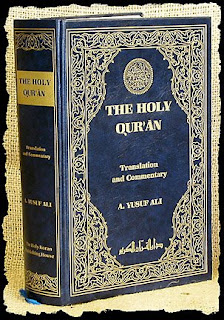 Adm Mike Mullen, the chairman of the US Joint Chiefs of Staff, said in a CNN interview on Friday night the ISI had links with militants on both Pakistan's borders with Afghanistan and India.

Earlier on Saturday, the Taleban destroyed 12 parked trucks laden with supplies for Nato personnel in Afghanistan - the latest in a series of similar attacks - near Peshawar, capital of North-West Frontier Province.

WHAT DO ALL OF THESE CONFLICTS HAVE IN COMMON?

DEAL WITH IT.
Posted by Reliapundit at 3:27 PM