TODAY'S NEWS ABOUT ANOTHER GROUP OF CORRUPT SCUM WHO ARE LONGTIME BACKERS OF OBAMA - ACORN:

From A Tiny ACORN, Scandal Grows 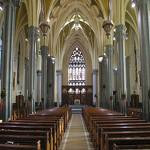 Vice in the cathedral.

That term came to mind upon learning that ACORN, one of the nation's most influential community organization groups, is reeling from a case of embezzlement.

More troubling, ACORN's leadership made matters worse by covering up the problem for years and now is sitting on its hands waiting for the scandal to pass.

Today's New York Times tells the sordid tale, so I won't get into all the details except to note that a trusted employee (funny how embezzlers are always trusted) walked off with a cool $1 million about eight years ago.

That's not the worse of it. Upon learning of the shortfall, ACORN's executive leadership keep this nugget of news to itself, never telling board members about the scandal and--get this--not bothering to tell the cops. [UMPH ADDED!]

While embezzlement is bad, it can happen anywhere and any place. I've long believed that when anyone has unfettered access to other people's money, there's potential for abuse. That's why organizations--even do-gooder groups like ACORN--should be aggressively audited by outside accountants.

But where ACORN really screwed up is in its failure to come clean and tell the world.

ACORN argues that it stayed mum out of fear that its enemies would use the embezzlement against the group in the court of public opinion.

ACORN, which stands for the Association of Community Organizations for Reform Now, is feared and hated by many corporate adversaries and some so-called conservative politicians, who despise its tactics when protesting in behalf of higher living wages, minority rights and improved health care. (In Chicago, ACORN opposition is one the reasons Wal-Mart has not been allowed to expand. Even the former community organizer and presidential hopeful Barack Obama has been slammed by some blogs for his earlier ties to ACORN.

I don't always care for ACORN's aggressive approach. But over the years I've seen ACORN play an important role in improving affordable housing for minorities and addressing other neighborhood grassroots issues.
But in this case, ACORN'S hypocrisy can't be ignored.

Imagine the fuss ACORN would have raised if one of its corporate targets or politicians had embezzled and then hid under a rock. Shouts of "Fraud!" and "Dereliction of Duty!" would have accompanied ACORN's protests, which would also include demanding the ousters of those responsible.

Right now, ACORN's leadership is content to sit tight and risk its organization's credibility and financial backing. Organizationally, its response to this scandal has been a minor reshuffling of the ACORN leadership deck.

Yesterday, it was Las Vegas. Today, it’s Dauphin County, Pa. I’m going to make ACORN Watch a regular feature, because Obama’s “old friends” will be up to no good across the country through November. And you’re paying for it. Keep a look out in your neck of the woods.

Hat tip for this one to reader Sandy. Via the Patriot-News:

A voter registration drive by a national organization is being investigated by Dauphin County authorities after election officials raised questions about more than 100 of the forms.

Charles Jackson, a spokesman for the Association of Community Organizations for Reform Now, said that his organization fired a temporary employee involved in collecting registrations and that it has been cooperating with Dauphin County detectives.

Dauphin County District Attorney Edward M. Marsico Jr. confirmed last week the investigation by county detectives is “ongoing.” John Goshert, head county detective, said a former ACORN worker had been questioned, but has not been charged with any criminal offense.

Related: Do You Want Your Mortgage Payments Funding Voter Fraud?

MORE ON ACORN'S CORRUPT PAST:

Last July, ACORN settled the largest case of voter fraud in the history of Washington State. Seven ACORN workers had submitted nearly 2,000 bogus voter registration forms. According to case records, they flipped through phone books for names to use on the forms, including "Leon Spinks," "Frekkie Magoal" and "Fruto Boy Crispila." Three ACORN election hoaxers pleaded guilty in October. A King County prosecutor called ACORN's criminal sabotage "an act of vandalism upon the voter rolls."

The group's vandalism on electoral integrity is systemic. ACORN has been implicated in similar voter fraud schemes in Missouri, Ohio and at least 12 other states.[See more on vote fraud below. -- ed.] The Wall Street Journal noted: "In Ohio in 2004, a worker for one affiliate was given crack cocaine in exchange for fraudulent registrations that included underage voters, dead voters and pillars of the community named Mary Poppins, Dick Tracy and Jive Turkey. During a congressional hearing in Ohio in the aftermath of the 2004 election, officials from several counties in the state explained ACORN's practice of dumping thousands of registration forms in their lap on the submission deadline, even though the forms had been collected months earlier."
...

Under the guise of "consumer advocacy," ACORN has received money from the Department of Housing and Urban Development. HUD funds hundreds, if not thousands, of left-wing "anti-poverty" groups across the country led by ACORN. Last October, HUD announced more than $44 million in new housing counseling grants to over 400 state and local efforts. The White House has increased funding for housing counseling by 150 percent since taking office in 2001, despite the role most of these recipients play as activist satellites of the Democratic Party. The AARP scored nearly $400,000 for training; the National Council of La Raza ("The Race") scooped up more than $1.3 million; the National Urban League raked in nearly $1 million; and the ACORN Housing Corporation received more than $1.6 million.

SEIU IS A MAJOR SUPPORTER OF ACORN. WHO THE SEIU IS:

"There has never been a fight in Illinois or a fight in the nation where our members have not asked Barack Obama for assistance and he has not done everything he could to help us," said Andy Stern, the Service Employees International Union's president, according to the Associated Press.

SEIU announced today its endorsement of Barack Obama for president.

A press statement by the union adds:

Nurses, childcare workers, janitors and other service workers endorsed Sen. Barack Obama for president today, calling him the candidate with the best vision, best plan and best strategy to lead the country to a new American Dream.

SEIU members are supporting Obama with an aggressive political effort. With more than 150,000 members in the upcoming primary states, including Wisconsin, Ohio, Pennsylvania, Rhode Island, and Texas, SEIU will mobilize thousands to go door-to-door, work the phones, and will send mail about their support for Obama. SEIU also will have a substantial presence on television and radio in every critical state.

Stern stated, "Barack Obama is creating the broadest and deepest coalition of voters we’ve ever seen."

Anna Burger, secretary-treasurer of SEIU and chair of the Change to Win federation of unions that includes SEIU, said, “This is one of the most important presidential elections workers have faced. Families are struggling, we’re fighting two wars, and a majority of Americans are now worried that their children will be worse off than they are. Obama is the right person at the right time to lead the change we so desperately need in our country.”

This is a huge coup for Obama, but hardly surprising as the SEIU leadership is strongly linked to DSA.

According to Discover the Networks

SEIU president Andy Stern gained his current position when his mentor, "card carrying" DSA member John Sweeney left the job to take on the US labour movement.s top job-president of the AFL-CIO.

Stern is a former New Leftist who came out of the University of Pennsylvania. In one of the eulogies given at a Democratic Socialists of America (DSA) memorial after the death of DSA co-founder Michael Harrington, Steve Max, the Midwest Academy's Director of Organizing and Training, gave tribute to "the people who worked with or fought with Mike who now staff high councils of the AFL, like Andy Stern of SEIU…."

Stern is one of many radical union organizers who came out of the Midwest Academy, which was formed by onetime Students for a Democratic Society (SDS) members Paul and Heather Booth to train community organizers and infiltrate the labor movement.

According to the Freedom Road Socialist Organisation, the Midwest Academy;

Probably the most well-known organizing method is Alinskyism, named after Saul Alinsky, a Chicago-born community organizer who helped set up the Back of the Yards Neighborhood Council and later the Industrial Areas Foundation in the 1930s. (Today in New York Alinskyism can be found in groups that do neighborhood-based organizing like ACORN, Mothers on the Move, TICO as well as NYPIRG). The Mid-West Academy is a training center set up by members of DSA [Democratic Socialists of America] that draws heavily from Alinskyism.

Barack Obama was a disciple of Alinsky while working a "community organisor" in Chicago in the early "80s. later he did considerable legal work for the radical community group ACORN, which is closely linked to the Midwest Academy.

ACORN and Chicago DSA formed the backbone of the leftist New Party which Obama worked closely with during his successful 1996 Illinois State Senate bid.

ANDY STERN AND HIS COMRADES RUNNING THE SEIU ARE AS CORRUPT AS THEY COME. HERE'S NEWS FROM TODAY VIA HOT AIR:

If anyone wondered why the unions have pressed so hard for the EFCA bill, known better as Card Check, maybe the SEIU’s status can explain a few things. The massive union has long played politics, and plans to spend as much as $85 million in the upcoming election. However, the union finds itself a little short on funding its pension funds while at the same time attacking the investment firm that handles its accounts:

The SEIU, which has pledged $85 million to Democratic campaigns this year, wants this pressure to lead to investment decisions by KKR that Mr. Stern asserts would benefit workers: reduced CEO compensation, higher rank-and-file wages, and more emphasis on environmentalism and politics, instead of profits.

Yet in 2006, the SEIU National Industry Pension Plan, a plan for the rank-and-file members, covering 100,787 workers, was 75% funded. That is, it had three-fourths of the money it needed to pay benefit obligations of workers and retirees.

In contrast, a separate fund for the union’s own employees, numbering 1,305, participants was 91% funded. Even better, the pension fund for SEIU officers and employees, which had 6,595 members, was 103% funded.

As the Sun points out, the SEIU obviously knows how to manage pension funds, as their own funds are not underfunded.