The Irish Times reports that the Lisbon Treaty has been rejected:

Tallies in the Lisbon Treaty referendum indicate it will be rejected by the Irish people.

The No campaign appears to be winning in most constituencies across the State, with significant majorities emerging from rural and urban working class areas.

There is concern in other EU countries about the impact of the decision by Irish voters, and the French and German governments are expected to make a joint statement later today once the Irish result is known.

Ireland was the only country to hold a referendum on the Lisbon Treaty.

Let's hope & pray these early results hold up, and that the leaders of Europe will come to their senses.

THERE ARE RUMORS THE EUSSR FOLKS ARE ALREADY WORKING AT ANOTHER WAY TO CIRCUMVENT THE PEOPLE AND DEMOCRACY.

MY FINAL MESSAGE FOR THOSE WHO WANT TO SOVIETIZE THE EU: 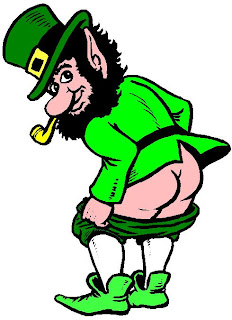 Posted by Punditarian at 7:28 AM

We scooped Glenn by almost two hours on this one.