OBAMA'S NANNY STATE: JUDGES RULE FOR "YOUR OWN GOOD" 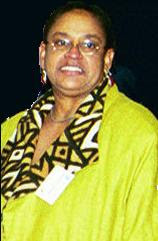 A 17-year old high school student in foster care in the Los Angeles area had his foster parents' and his social worker's support to join the United States Marine Corps under the "Delayed Entry Program" which includes a $10,000 enlistment bonus.

In denying the Royal High School student delayed entry into the Marine Corps, Children's Court Commissioner Marilyn Mackel reportedly told Sage and a recruiter that she didn't approve of the Iraq war, didn't trust recruiters and didn't support the military.

"The judge said she didn't support the Iraq war for any reason why we're over there," said Marine recruiter Sgt. Guillermo Medrano of the Simi Valley USMC recruiting office.

"She just said all recruiters were the same - that they `all tap dance and tell me what I want to hear.' She said she didn't want him to fight in it."

"Foster children shouldn't be denied (an) ability to enlist in the service just because they're foster kids," he said. "Foster kids shouldn't have to go to court to gain approval to serve one's country."

This is the dystopian world the Democrats want to impose all over the country, and not merely for foster children.

Your hopes, your dreams, and your commitment to serving your country can all be dashed by the whims of an unelected, unaccountable governmental magistrate.

That is tyranny, plain and simple.

Marilyn Mackel should be removed from her position immediately. She is a disgrace. She is a shameful travesty of a mockery of a sham.

Shawn Sage should be allowed to enlist, which he is going to do anyway, when he turns 18. He is a hero.

Sage, who lives in Simi Valley but is originally from Florida, was abandoned by both parents when he was 2 and now lives in a foster home with his brother.

He had wanted to join the military ever since he'd met a service rep at school at age 7 - first the Air Force, then the Navy, finally the Marines.

His foster parents, as well as his social worker, supported his decision to enlist early. Despite being denied, he still shows up for USMC physical training.

"Did they ever kick my butt," he said proudly. "They still do."

When he graduates and turns 18 in June, it'll be all Semper Fi, bonus or no signing bonus, whether he's allowed early deployment or not.

As winner of Smyth's "there oughta be a law" contest, he will be flown to Sacramento to testify before the Assembly.

"I didn't do it for the signing bonus, because I'm a motivated kid," he said. "I am hoping to join the military before I graduate. I want to serve my country."

I am serious about that. He is a hero. Once he is in the Corps, he will not have much choice about the situations he may find himself in. Those situations may require that he act with courage in order to accomplish his mission.

And he has already made the decision to allow himself to be placed in those situations, should the need arise. That is real, down to earth, honest heroism.