ABBAS TAKES OFF THE MASK 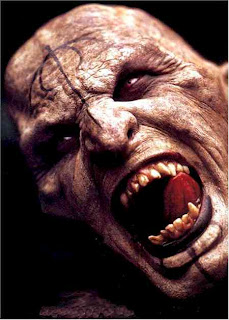 "I was honored to be the one to shoot the first bullet in 1965 , and having taught resistance to many in this area and around the world, defining it and when it is beneficial and when it is not... we had the honor of leading the resistance.We taught everyone what resistance is, including the Hezbollah, who were trained in our camps."

Before the election of President Bush.

Before the Iraq War.

Before Israel assumed responsibility for Gaza and Judea & Samaria (the West Bank).

Abbas is a genocidal terrorist who is proud that his criminal gang provided training for other gangs of criminal terrorists.

And his criminal activities are funded by grants from the EU and the US!

That has got to stop.

And he belongs in a prison cell, not in a negotiating session.

See Joel Mowbray's article in the Washington Times for more.
Posted by Punditarian at 11:07 AM