One of Hillary's favorite "Hillraisers" gets three years in prison

Just in time for the New Hampshire primary, Hillary Clinton's key donation bundler -- Norman Hsu -- is in the news again. 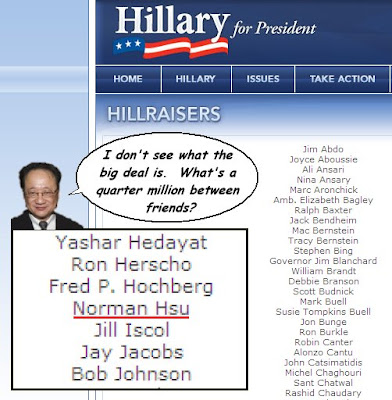 It looks like Hillary's adding to her already formidable record book.