STERILISED UK ENVIRONMENTALIST: BABIES ARE 'SINISTER THREAT TO THE PLANET' 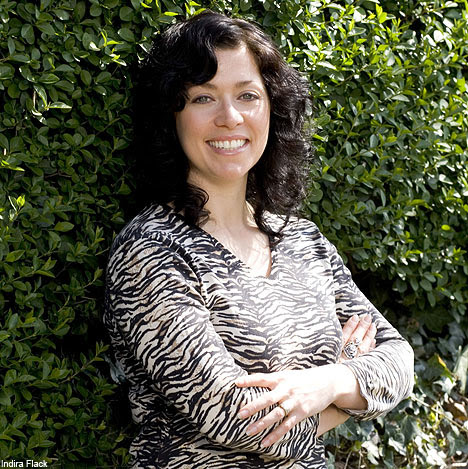 UK environmentalist Toni Vernelli has decided that babies are 'bad for the planet' and after an abortion 10 years ago, went on a quest to find a doctor who would sterilize her.

"Having children is selfish," she explains. "It's all about maintaining your genetic line at the expense of the planet."

I guess those of us who have had children are just plain selfish. How dare we put humans above Gaia!

While most parents see children as the ultimate miracle of nature, Vernelli sees them as a sinister threat to the future.

If there's one thing that proves that the Left are absolutely evil, it's their human hatred. If babies are such a 'sinister threat' to the planet, how much more is Ms. Vernelli. Interesting that she and her partner haven't made a suicide pact. Now that would show her real dedication, wouldn't it?

Cross-posted at The Midnight Sun
Posted by Aurora at 6:15 PM

as my pet jawa and don surber said: if every leftist turd did this they'd soon go extinct.

I've read recently that in Florida fruit fly populations are controlled by releasing so many sterile fruit flies into the wild that mating amongst all the fruit flies proves in effective.

Wouldn't it be wonderful if enough of these "sterile lefties" where released into the environment that the left would in fact breed (or not breed) themselves into extinction over next generation, or two ...