The French Railway strike is over. According to Le Figaro, the French government railway will try to make up the cost of the inconveniences suffered by its passengers, and will reduce ticket prices in January and allow tickets unused due to the strike to be exchanged or refunded. The monthly Parisian subway fare will also be reduced.
President Sarkozy announced that he had kept his promise to deliver the reforms for which the French electorate had voted him into the Élysée: 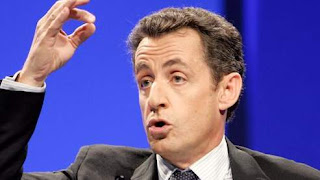 «Cette réforme, je l’ai promise, je l’ai tenue».
The President, however, will not announce the next steps until he returns from China. Far from exulting in his first triumph, he is proceeding quietly and deliberately, and with each step he takes, his power and influence will only grow.

This is the first of a series of victories for Sarkozy, for France, for France's allies, notably the United States, and for all mankind.

By the way, I won't be surprised if John Howard is elected to an unprecedented fifth term in Australia tomorrow.
Posted by Punditarian at 2:14 PM