The Death of a Left-Wing Wedge Issue 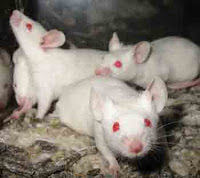 It has also not been “politically correct” to point out the flaws in man-made global warming presentations or to point out flaws in some of Darwinian theory.

In the latter two cases, much scientific evidence has accumulated recently that should make open-minded, reasonable people at least want to take a second look.

Instead, as with embryonic stem cells (where the issue is now moot), those who refused to run with the crowd have been denounced, their motives and their intelligence have been ridiculed, they have been denied tenure and their articles have been blackballed at some refereed journals.

This is the politicization of science as bad as the Soviet support of Lysenko’s absurd theories or the Catholic Church’s inquisition of Galileo.

The Death of a Left Wing Wedge Issue: What are the Ethical Responsibilities of Scientists?

Richard Hayes, executive director of the Center for Genetics and Society in Oakland, explains in an admirable Los Angeles Times article that many scientists who opposed embryonic stem cell research on various grounds were reluctant to say so until now: they didn't want to be seen helping President Bush politically. Hayes' candor is commendable, but the scientists' motives it perhaps unintentionally betrays are craven. It is, in truth, an indictment of the current politicization of science.

This is a serious matter. We can all be thrilled that new technology seems likely to make the use of human embryos an unnecessary source for stem cell production in research. It is a victory for human life and for common sense in laboratory science.

Politically, it takes off the table an issue that hurt conservatives and that the materialist Left has been using as part of an attack on pro-life forces, whom they represent as "anti-science." It was slated to become a major theme in the 2008 elections.

But politics should not trump everything else. If scientists who were skeptical of embryonic stem cell research remained silent for essentially political reasons or were influenced by the big bucks that were behind efforts in California and Missouri to use taxpayer funds to support embryonic stem cell research, they should be chagrined now. They let their politics take precedence over their calling as scientists.

Politics was definitely at play in Missouri, for example, where the issue of stem cells on a state ballot measure was used to defeat conservatives. It was a real "wedge" issue. You can understand why the Left deployed it; polls showed 2 to 1 public acceptance of embryonic stem cell research. But that doesn't let scientists who knew better off the hook, does it? It is appalling that some scientists privately opposed embryonic stem cell research on what they might regard as liberal grounds--such as the program's exploitation of poor women for their eggs--still were guided chiefly by political correctness and kept their peace. Some others surely would have spoken out if the media had asked them. But most of the media, too, are P.C., of course.

So, on how many other issues are dissenting scientists holding their fire because they don't want to be seen helping President Bush or social conservatives? How about end of life issues? How about Darwin's theory of evolution, the sacred writ of materialism?

In some periods of history courage is demanded of statesmen, or military men, or even economists. In our period, we need scientists to show the courage of their private convictions on the whole range of issues that pertain to human dignity and distinctive worth.

Posted by RussWilcox at 4:17 PM