SARKOZY POLICIES MAY LEAD TO INFLUX OF EXPATS 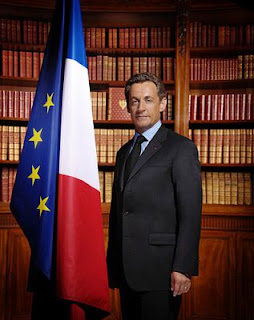 There are an estimated 400,000 French people in Britain, most of them in the capital — leading some commentators to quip that London is now France's sixth biggest city.

Arnaud Vaissié, president of the French Chamber of Commerce in Britain, said some French expats, particularly young executives in finance, were interested in going back to France following Sarkozy's election.

He said many French people here would love to return to Paris — if only the system was opened up to reward talent and energy.

"I do think there is a high level of interest among executives in London about what's happening in France," he said.

He said many French financial institution that have bases in London may now see the economic merits of moving jobs back to France.

Here's more on why the French expats are eager to return:

President Nicolas Sarkozy is Thursday to unveil Phase II of his economic reform program for France, outlining a road map to jolt the economy into higher gear before a congress of business leaders.

Three months after taking over the presidency, Sarkozy is riding high in opinion polls but has faced disappointing figures on the economic front with second quarter growth falling below expectations, at 0.3%.

The data cast doubt on whether Sarkozy's right-wing government — banking on stronger growth to finance a 13.6 billion euro ($19 billion) package of tax breaks adopted last month — can meet its target of 2.25% growth for 2007.

In a speech to the summer congress of the MEDEF employers' federation, Sarkozy is expected to announce a raft of measures to make French companies more competitive and boost consumer spending.

"This new stage will enable us to move ahead with the process of reform and help strengthen the competitiveness of the French economy," he said.

The resurgence of France - economically is crucial. He probably will succeed if he stays he course despite the social unrest the Left will most assuredly use to try to intimidate him - as they did Chirac. (Sarko is tougher, and I doubt he will fold as Chirac did.)

But Sarkozy still has yet to take up the cultural issues, and the issue of assimilation. For Europe to remain France to remain French and Europe to remain European she must be both economically and culturally stable. And that means dealing forcefully with creeping sharia.