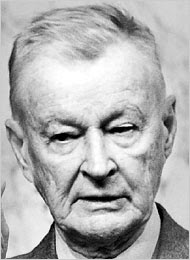 Zbigniew Brzezinski, one of the most influential foreign-policy experts in the Democratic Party, threw his support behind Barack Obama's presidential candidacy, saying the Illinois senator has a better global grasp than his chief rival, Hillary Clinton.

EVEN ACCORDING TO ZBIG, THAT'S NOT SAYING MUCH:

Brzezinski, 79, dismissed the notion that Clinton, 59, a New York senator and the wife of former President Bill Clinton, is more seasoned than Obama, 46. ``Being a former first lady doesn't prepare you to be president,'' Brzezinski said.

THIS IS THE WISEST THING ZBIG HAS EVER SAID!

ZBIG WAS CHIEF FOREIGN POLICY ADVISER TO THE WORST PRESIDENT OF ALL TIME, JIMMY CARTER.
HIS ENDORSEMENT OF OBAMA IS PROOF THAT OBAMA STINKS. 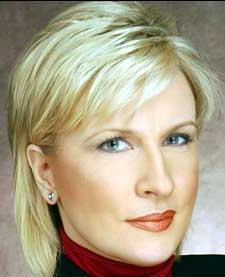 (THE ONLY THING I LIKE ABOUT ABOUT ZBIG IS HIS HOT DAUGHTER, MIKA - EXCEPT THAT SHE'S ANOTHER LEFTIE SHILL ON THE MSM. BUT LEFTIE BUT HOT.)

ROUND UP OF COMMENTS ON ZBIG AND OBAMA HERE - AT MEMEORANDUM.
Posted by Reliapundit at 10:45 PM