THE GOP RACE SLOWLY COMES TOGETHER 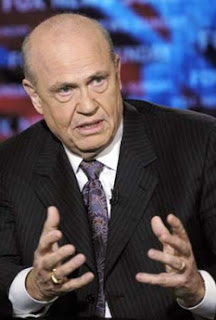 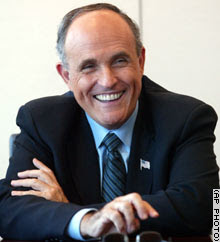 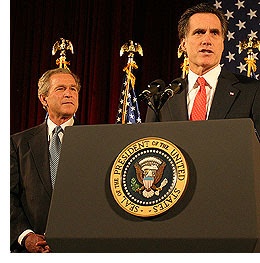 Things are slowly falling into place in the race for Republican nomination for president. Rudy, while scary to some conservatives, continues to impress many on the Right where there's common ground. Jim Geraghty over at National Review reports on his latest speech covering taxes, terrorism and immigration.

Meanwhile, there's word (though it comes with many denials) that Fred Thompson will make his big announcement next week in Nashville. Either way, I really long for the day when we can get the field widdled down to the three candidates that I'd be happy to see in the White House: Giuliani, Thompson and Romney. I don't mean to disparage many of the well-meaning folks running (except for Ron Paul), but these three are the only ones that stand a chance in a national election and I'd like to see them have an intelligent debate on the issues. Here's hoping in 2008, I'll get my wish.
Posted by Jim Rose at 9:32 PM

I agree, except I'm much fonder of Rudy and Fred than I am of Romney.

Although I think all 3 would be fine.. too many people are turned off by Romney's Mormonism. wonder if he's winnable considering that.

Icognito:
For me it has nothing to do with his Mormonism. I just find him to be less than genuine. Although, I'm sure the Mormonism will be an issue for others.

I'm with you, LMC. He's a definite third-choice compared to Rudy and Fred, but on the off-chance he became president, I would still be able to sleep soundly at night.