"... we are enemies of today's capitalistic economic system for the exploitation of the economically weak, with its unfair salaries, with its unseemly evaluation of a human being according to wealth and property instead of responsibility and performance..."

Was it (a) Obama, (b) Hillary, (c) Jose Bove, (d) Segolene Royal, (e) Chavez, (f) Mugabe, (g) Kucinich, (h) Teddy Jo Kennedy, (i) John Francois Kerry, (j) Nancy Pelosi, (k) Charles Rangel, (l) Bernie Saunders, or (m) none of the above?
ANSWER: (m) none of the above. This socialist BS was spoken by Adolph Hitler. A National Socialist. More leftist BS from the socialist Hitler HERE. (WARNING: it reads like all leftist BS.) More HERE, too. 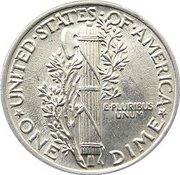 [NOTE: The fascio (an ancient Roman symbol) was used by our Founding Fathers to symbolize the fact that our nation was forged out of many states - one (nation) out of many (states). Mussolini coined the term fascism to connote how under his brand of socialism, individuals would have to submerge their individual will to the collective will - of course this "taking"by the state would be for "the common good."

Just exactly what Hillary and the other leftists of the Democrat Party say today.]