SARKOZY RUNS FOR PRESIDENT OF FRANCE, AND HAS SOME WINNING ARGUMENTS FOR STARTERS 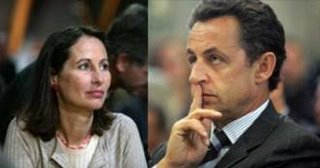 Here's something from the International Herald Tribune (Hat tip: Dawnsblood), and I think he's got something going here:

"My values are yours, those of the republican right," Sarkozy said. "These are the values of fairness, order, merit, work, responsibility. I accept them. But in these values in which I believe, there is also movement. I am not a conservative. I do not want an immobile France. I want innovation, creativity, the struggle against injustices."

Despite the French republican ideal that ignores religious and ethnic differences, for example, Sarkozy broke with tradition by referring to the French as the "heirs of 2000 years of Christianity." He said that Turkey "does not have its place" as a member of the European Union.

In a veiled reference to those Muslims and immigrants who resist the French model of integration, he said it was unacceptable to "want to live in France without respecting and loving France," and learning the French language. He added, "If you live in France then you respect the laws and values of the Republic." He said that as president he would enforce French laws against polygamy and female circumcision.

Whoa, now that's certainly something. Being reported by the IHT, the article is not without biases and distortions included, but it certainly does tell some very positive points that Sarkozy's made on the eve of his nomination as presidential candidate. I watched some of it on TV last night, and he did a very good job.
Posted by Avi Green at 4:45 PM