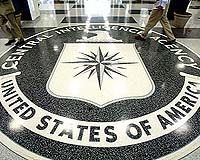 Germany has ordered the arrest of 13 suspected CIA agents over the alleged kidnapping of one of its citizens. Munich prosecutors confirmed that the warrants were linked to the case of Khaled al-Masri, a German national of Lebanese descent.

Mr Masri says he was seized in Macedonia, flown to a secret prison in Afghanistan and mistreated there. He says he was released in Albania five months later when the Americans realised they had the wrong man. Mr Masri says his case is an example of the US policy of "extraordinary rendition" - a practice whereby the US government flies foreign terror suspects to third countries without judicial process for interrogation or detention.

I betchya the Germans make an effort to convict our agents for crimes whose punishment will be worse than the one which they doled out to a CONVICTED 9/11 plotter -- he got all of 15 years for helping to murder 3000 people and doing a trillion dollars of damage.

Lookit: if they got the wrong man then he's entitled to damages - like anyone falsely arrested. BUT ARRESTING CIA AGENTS!?!?! Sheesh: these euroweenies hate us more than the enemy. Which is why they're all going to be muslims or dhimmis in the next 3o years... [ASIDE: it's like they wanna arrest 13 Jack Bauers!]
Posted by Reliapundit at 7:40 PM

If what Masri claims is true, he wasn't "arrested" by any stretch of the term, and your attempt to categorize the kidnapping and torture of the citizen of another sovereign nation as such is absurd, to say the least.

Germany (and Canada's, with respect to the Arar incident) restraint and appeal to law ought to be commended and emulated, not ridiculed. Unlike the US, thank goodness there are still western democracies that take things like state-sponsored kidnapping and torture seriously.

BTW, you may be interested to know that the Canadian inquiry into the Arar incident has recommended that Canadian law enforcement agencies now withhold information from countries that have a "questionable human rights record". Any guesses as to whom they might be referring to?