THE POLITICAL BATTLE FOR NEW TRIDENT SUBS SAYS A LOT ABOUT EUROPE - and it ain't good... 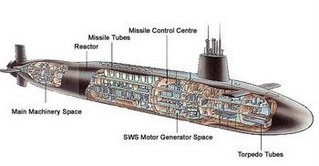 A majority of Scottish MPs are opposed to Tony Blair's plans to replace the Trident nuclear weapons system, a BBC survey has found.

Thirty of the 59 MPs said they were either "definitely" or "probably" against the Prime Minister's proposals.

The survey also showed a majority of Scottish Labour backbenchers disagreeing with the plans. It found 25 MPs with constituencies in Scotland were definitely against the proposals.

A further five said they were probably against.

Only 10 MPs said they were definitely or probably in favour.

This reluctance to build new Trident subs is a harbinger for the UK - and continental Europe, and it spells disaster. Coupled with NATO's recent reluctance to shoulder their fair share of the burden in Afghanistan it truly spells DISASTER IN CAPITAL LETTERS. Combined with their low birth-rates and extremely low church attendance rates and HIGH emigration rates for their ambitious youth - and high immigration rates for Muslims IT TRULY SPELLS THE END OF EUROPE. 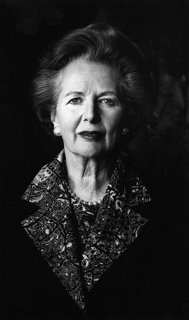 THIS IS NOT AN EXAGGERATION: If they won't reproduce or transmit their religion/civilization to the next generation, or defend themselves from the insidious creep of islamic colonization and the ensuing islamicization, then it is truly over for Europe in the next 20 years.

The sorrow and the pity of it all... If they'd only act now, then maybe it can be avoided... But the signs are bad... very VERY bad...

Europe needs another Thatcher - AND NOW! (BTW: Thatcher was re-elected PM in that 1983 election.)

Sadly, as Labor returns to the failed policies of Michael Foot's Leftism, there is nothing close to a Thatcher in the Tory Party.

Hence my belief that only Sarkozy can possibly lead Europe back from the brink.
Posted by Reliapundit at 7:42 AM