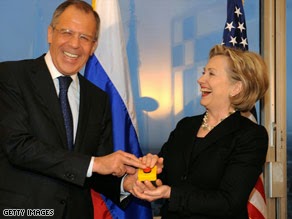 
As the crisis in Ukraine drags on, U.S.-Russia relations continue to deteriorate. The United States has just taken a step that risks bringing that relationship to a new low.... For Putin and the Russian establishment, however, preventing Ukraine from turning decisively West is an existential issue. U.S. ambassador to the Soviet Union Jack Matlock once told me that the possibility of NATO membership for Ukraine, for Putin, was and is something equivalent to Soviet missiles on Cuba for Kennedy...

As a result of Russia’s sensitivity toward Ukraine’s geopolitical orientation, we can expect that the introduction of American combat troops into Ukraine — even in a training role — will lead the Kremlin to retaliate against American interests in a number of possible ways.

First, Russia will likely become even more brazen in its support for its separatist proxies in Eastern Ukraine’s Donbass region. This support could involve the introduction of additional troops and weaponry, or even a possible spring offensive to capture the southern Ukrainian city of Mariupol as part of a “land bridge to Crimea” from southern Russia across Ukraine.  Second, we will likely see further nuclear saber rattling by the Russians in the upcoming weeks... It is also quite possible that Moscow will make additional efforts to undermine America’s NATO allies, particularly the three Baltic states

Finally, Russia can take any number of actions to cause further disruption in the Middle East, especially vis-à-vis Iran.

THIS DESPITE HILLARY AND OBAMA'S "RUSSIAN RESET".

AS A RESULT OF OBAMA AND HILLARY'S EFFORTS, PUTIN IS ASCENDANT.

THE RESULTS ARE SO CONSISTENT IT'S HARD TO IMAGINE THEY ARE BUGS OF THEIR POLICIES AND NOT FEATURES.

AND BUGS THE CLINTON FOUNDATION PROFITED ON!

THERE ISN'T ANY WAY ANY SANE, RATIONAL, DISPASSIONATE, NON-PARTISAN PERSON CAN ARGUE OBAMA AND HILLARY'S RUSSIAN POLICIES HAVE HELPED THE USA OR OUR ALLIES.

THEY'VE BEEN A FECKING DISASTER FOR US AND OUR ALLIES.

AND, SADLY, THINGS AREN'T LIKELY TO IMPROVE UNTIL OBAMA IS NO LONGER ON THE SCENE...