MORE LEADING LEFTISTS IN BRAZIL ARE ARRESTED FOR CORRUPTION


The treasurer of Brazil's ruling party, Joao Vaccari, has been arrested in connection with a massive corruption scandal at oil giant, Petrobras. Mr Vaccari is charged over an alleged scheme in which the party received dirty money from inflated deals between oil executives and construction firms. He has temporarily stepped down, but he and the party deny the charges.

He is the closest ally of President Dilma Rousseff to have been arrested in the broadening scandal. The arrest places further pressure on the president, who has faced street protests, impeachment calls and plummeting opinion ratings since her re-election four months ago.

Ms Rousseff served as the head of Petrobras for much of the period when the corruption took place, but she has not been implicated in the scandal. More than 40 politicians, including the heads of both houses of congress, are being investigated over the affair.

President Rousseff has faced calls for her impeachment, just months after winning an election

Prosecutors say Mr Vaccari served as the Workers' Party's liaison in a scheme where oil officials colluded with construction firms to artificially inflate billions of dollars worth of contracts.

According to oil officials who are testifying for the prosecution, some of the cash skimmed from the deals was diverted to the party and its allies.

The party says it remains sure of Mr Vaccari's innocence, "not only because of his conduct, but because in a democratic state everyone has the fundamental right to be considered innocent until proven guilty". Mr Vaccari was charged last month, becoming one of the most powerful political figures to have been named in the scandal.

His arrest was reportedly ordered because of concerns that he may influence the investigation or flee the country. "Anyone responsible for such severe crimes, including using the position of treasurer of a political party to raise criminal funds and corrupt the political system, is a risk to public order," a judge handling the case, Sergio Moro, said in a court order. Police arrested the treasurer in Sao Paulo as he was going for a morning walk.

OBAMA AND HIS COMRADES AND CRONIES DID WORSE WITH THE STIMULUS AND THE SO-CALLED GREEN ECONOMY SUBSIDIES.

NEED I REMIND YOU THAT ROUSEFF IS A PAL OF THE CLINTONS... 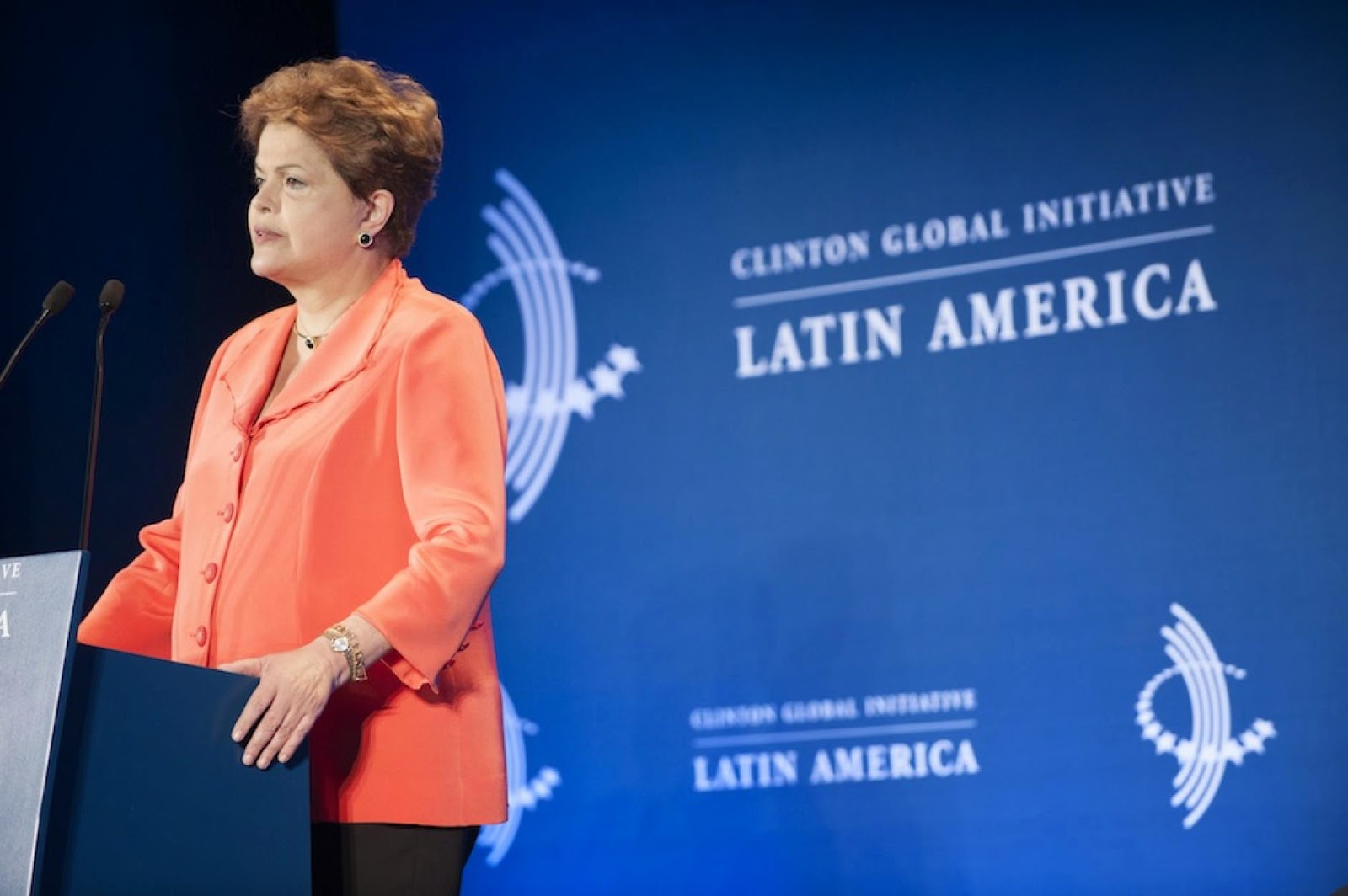