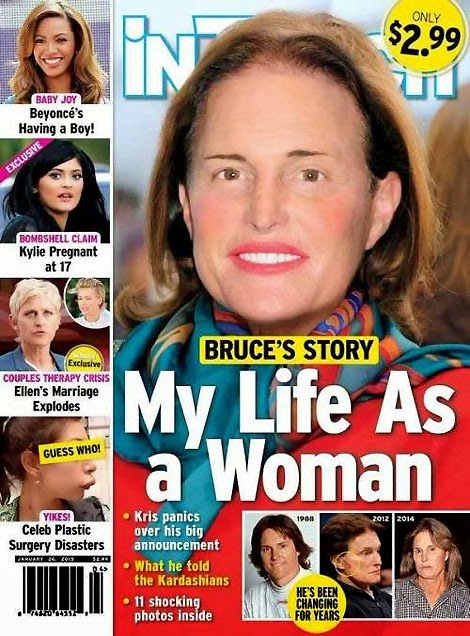 Dr. Paul R. McHugh, the former psychiatrist-in-chief for Johns Hopkins Hospital and its current Distinguished Service Professor of Psychiatry, said that transgenderism is a “mental disorder” that merits treatment, that sex change is “biologically impossible,” and that people who promote sexual reassignment surgery are collaborating with and promoting a mental disorder. Dr. McHugh, the author of six books and at least 125 peer-reviewed medical articles, made his remarks in a recent commentary in the Wall Street Journal, where he explained that transgender surgery is not the solution for people who suffer a “disorder of ‘assumption’” – the notion that their maleness or femaleness is different than what nature assigned to them biologically.

While the Obama administration, Hollywood, and major media such as Time magazine promote transgenderism as normal, said Dr. McHugh, these “policy makers and the media are doing no favors either to the public or the transgendered by treating their confusions as a right in need of defending rather than as a mental disorder that deserves understanding, treatment and prevention. ... This intensely felt sense of being transgendered constitutes a mental disorder in two respects. The first is that the idea of sex misalignment is simply mistaken – it does not correspond with physical reality. The second is that it can lead to grim psychological outcomes.” The transgendered person’s disorder, said Dr. McHugh, is in the person’s “assumption” that they are different than the physical reality of their body, their maleness or femaleness, as assigned by nature.

It is a disorder similar to a “dangerously thin” person suffering anorexia who looks in the mirror and thinks they are “overweight,” said McHugh. This assumption, that one’s gender is only in the mind regardless of anatomical reality, has led some transgendered people to push for social acceptance and affirmation of their own subjective “personal truth,” said Dr. McHugh. As a result, some states – California, New Jersey, and Massachusetts – have passed laws barring psychiatrists, “even with parental permission, from striving to restore natural gender feelings to a transgender minor,” he said.

The pro-transgender advocates do not want to know, said McHugh, that studies show between 70% and 80% of children who express transgender feelings “spontaneously lose those feelings” over time. Also, for those who had sexual reassignment surgery, most said they were “satisfied” with the operation “but their subsequent psycho-social adjustments were no better than those who didn’t have the surgery.”

“And so at Hopkins we stopped doing sex-reassignment surgery, since producing a ‘satisfied’ but still troubled patient seemed an inadequate reason for surgically amputating normal organs,” said Dr. McHugh. The former Johns Hopkins chief of psychiatry also warned against enabling or encouraging certain subgroups of the transgendered, such as young people “susceptible to suggestion from ‘everything is normal’ sex education,” and the schools’ “diversity counselors” who, like “cult leaders,” may “encourage these young people to distance themselves from their families and offer advice on rebutting arguments against having transgender surgery.”

Dr. McHugh also reported that there are “misguided doctors” who, working with very young children who seem to imitate the opposite sex, will administer “puberty-delaying hormones to render later sex-change surgeries less onerous – even though the drugs stunt the children’s growth and risk causing sterility.” Such action comes “close to child abuse,” said Dr. McHugh, given that close to 80% of those kids will “abandon their confusion and grow naturally into adult life if untreated ….”

WHO IS MCHUGH? HERE:

Paul Rodney McHugh (born 1931) is an American psychiatrist, researcher, and educator. He is University Distinguished Professor of Psychiatry at the Johns Hopkins University School of Medicine[1]

McHugh was born in Lawrence, Massachusetts, the son of a Lowell High School teacher and a homemaker,[2][3] He graduated from Harvard College in 1952 and from Harvard Medical School in 1956. While at Harvard he was "introduced to and ultimately directed away from the Freudian school of psychiatry."[4][5]

Following medical school, McHugh's education was influenced by George Thorn, the Physician-in-Chief at the Harvard-affiliated Peter Bent Brigham Hospital (now Brigham and Women's Hospital). Thorn was disillusioned with Freudian psychiatry and felt that those who devoted themselves to it became single-minded, failing to grow as doctors. Thorn encouraged McHugh to develop a different career path, suggesting that he enter the field of psychiatry by first studying neurology. At Thorn's recommendation, McHugh was accepted into the neurology and neuropathology residency program at the Massachusetts General Hospital where he studied for three years under Dr. Raymond Adams, the chief of the Neurology Department.[6]

McHugh believes that adult males who wish to surgically alter themselves to appear anatomically female fall into two main groups: (1) "conflicted and guilt-ridden homosexual men"[24] and (2) "heterosexual (and some bisexual) males who found intense sexual arousal in cross-dressing as females".[25] McHugh, had several other impressions: First, "they [the transgendered individuals] were little changed in their psychological condition. They had much the same problems with relationships, work, and emotions as before. The hope that they would emerge now from their emotional difficulties to flourish psychologically had not been fulfilled".[26]

Second, they expressed little interest in and seemed indifferent to babies or children (typically female interests).[27] Third, they came off as caricatures of the opposite sex.[28] McHugh, P. R. (2006). "Surgical Sex" in The Mind Has Mountains: Reflections on Society and Psychiatry. Baltimore, MD: Johns Hopkins University Press. pp.220-228 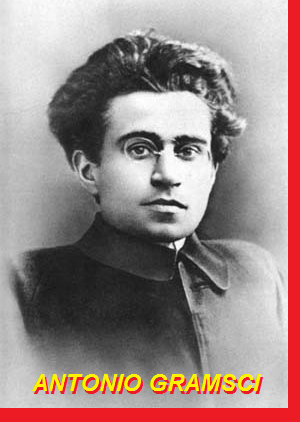 THE PUSH TO NORMALIZE TRANSEXUALITY IS ART OF THE POSTMODERN LEFT'S GRAMSCIAN AGENDA.

SEEING THAT MARXISM HAD FAILED TO TAKE OVER AS MARX HAD PREDICTED, GRAMSCI PROPOSED THAT THE LEFT NEEDED TO DISMANTLE THE CULTURAL FOUNDATIONS OF WESTERN CIVILIZATION FIRST, BEFORE THE STATE COULD BE TAKEN OVER BY SOCIALISTS.

HENCE THE LEFT'S ATTACKS ON FAMILY, AND CHURCH - AND EVERYTHING TRADITIONAL.

WHAT WAS ONCE DEVIANT BECOMES NORMAL UNDER POSTMODERNISM - NORMAL IF NOT LAUDATORY.

THE POSTMODERN LEFT CELEBRATES THE DEVIANT AND TRANSGRESSIVE AND SUBVERSIVE AND ATTACKS WHATEVER IS TRADITIONAL IN THE WEST.

OFTEN THE POSTMODERN LEFT ALSO CELEBRATES CULTURES THAT ARE NOT WESTERN - SUCH AS ISLAMIC CULTURE OR NATIVE AMAZONIAN CULTURE - USUALLY BY SHOWING THEM TO BE EQUAL TO OR BETTER THAN WESTERN CULTURE. THEY DO THIS TO UNDERMINE OUR OWN FAITH IN OUR OWN CULTURE AND TO FOMENT OIKOPHOBIA.

GRAMSCIAN LEFTISTS KNOW THAT ONCE WE LOSE FAITH IN OUR OWN CULTURE, WE CAN BE MORE EASILY SWAYED TO ACCEPT THE CHANGES AND INSTITUTIONS THEY BELIEVE IN.

MORE POSTS ON GRAMSCI AND THE LEFT'S GRAMSCIAN AGENDA HERE.

OTHERS COMMENTING ON THIS NEWS HERE.

Hi I write for The Last Tradition and we're both linked on Memoradum on the same Bruce Jenner article. Will you consider a blog roll exchange?

I got you linked up!