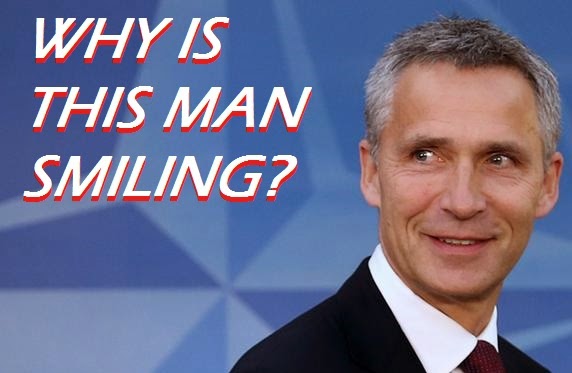 Nato's 13th secretary general, former Norwegian Prime Minister Jens Stoltenberg, looks an unlikely choice on several counts: an economist with no defence background, a social democrat who built up good relations with Russia, another Scandinavian hard on the heels of Anders Fogh Rasmussen.

Actually, the veteran social democrat presents a sharp contrast to his predecessor, the conservative former prime minister of Denmark, who could come over as strident and uncompromising about Russia.

There is likely to be concern among some east Europeans that he may be too accommodating towards Russia in the crisis over Ukraine.

IT'S MUCH WORSE. IT'S ACTUALLY UNBEFOOCKINLIEVABLE:


From 1979 to 1981 Stoltenberg was a journalist for Arbeiderbladet; and between 1985 and 1989 he was the leader of the Workers' Youth League. From 1989 to 1990 he worked as an Executive Officer for Statistics Norway, Norway's central institution for producing official statistics. He also worked part-time as an hourly paid instructor at the University of Oslo during this period.

Between 1990 and 1992, he was leader of the Oslo chapter of the Labour Party.[11] Up until 1990 he had regular contacts with a Soviet diplomat. He ended this relationship after being informed by the Norwegian Police Security Service his contact was a KGB agent, warning him of further contact

MAKES ME MORE SUSPICIOUS THAN EVER THAT OBAMA WORKS FOR PUTIN, TOO...