MORE PROOF THAT FWENCH CULTURE IS IN PERMANENT DECLINE:

An annual race in France, which calls itself the world's longest marathon, is attempting to ease runners' pain by offering them gourmet food and wine on the way to the finish line. Le Marathon du Medoc - which takes place around Pauillac near Bordeaux on 13 September - sees runners dress up in Carnival-themed outfits to run the 26-mile (42.2km) circuit. Along the way they can tuck into a banquet of French delicacies from oysters to ice cream, washed down with glasses of fine wine. Participants get a rather generous six-and-a-half hours to complete the race, allowing time for pit stops at various chateaux lining the route. The hardest part for the runners, the Zapaday website suggests, may be to stay on a straight path. "Above all, I'm going to take advantage of the festivities," runner 44-year-old Bernard tells regional paper La Depeche du Midi. 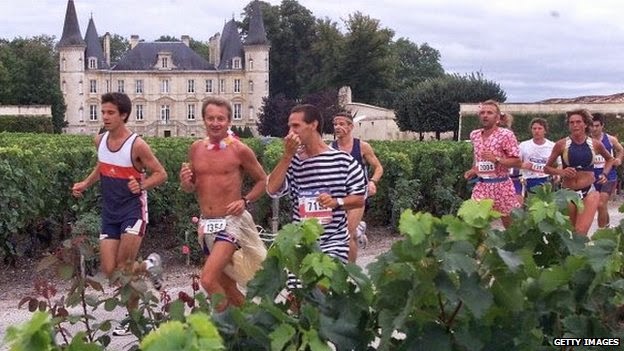 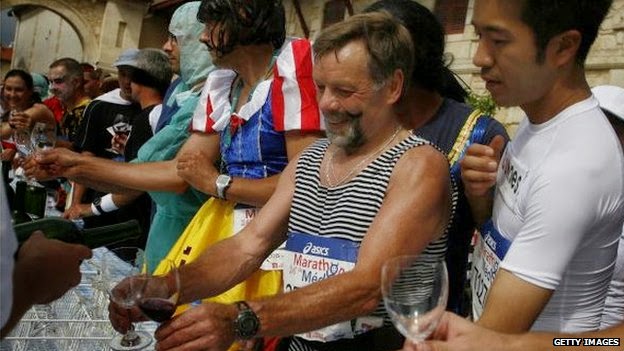