SHEESH: HILLARY CLINTON CAUGHT IN YET ANOTHER LIE 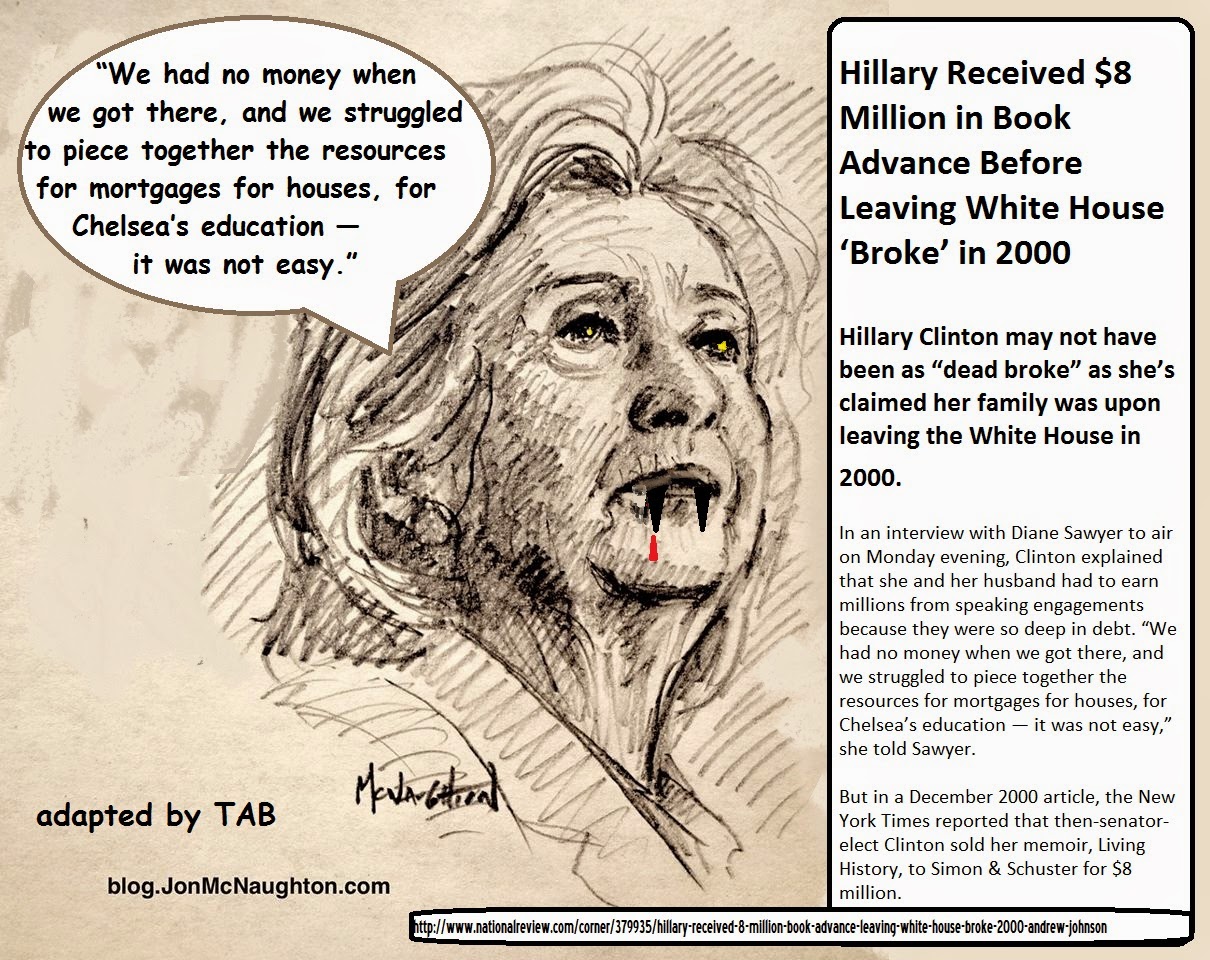 
“We came out of the White House not only dead broke, but in debt,” Clinton told ABC's Diane Sawyer, adding that “it was not easy” for the Clintons financially. Prior to departing the White House, the Clintons purchased a $1.7 million home in Chappaqua, New York in September of 1999, according to the Washington Post at the time. The home, an 11-room, five-bedroom, 100-year-old Dutch colonial house, was one of Hillary Clinton’s first steps to establish residency in the state so that she could run for the Senate. In December of 2000, the Clintons also purchased a home in Washington, D.C., after Hillary was elected senator of New York. The five-bedroom, brick colonial-style was purchased by the Clintons for $2.85 million, and is currently assessed for over $5 million, according to District of Columbia records.

(WITH APOLOGIES TO THE BRILLIANT MCNAUGHTON)