Climate change is "clearly a factor" in the period of stormy weather the UK has been experiencing, the defence secretary has said. Philip Hammond told the Andrew Marr Show the storms and flooding had caused "quite serious damage" to the country's infrastructure. Earlier, Labour leader Ed Miliband said global climate change was an issue of national security for Britain.

Their comments come as more flooding is expected in many parts of the country. Despite a let-up in the stormy weather, there are 14 severe flood warnings - indicating a "danger to life" - for south-east England close to the River Thames and two for the Somerset Levels, which have experienced weeks of flooding. As well as the impact to the transport network, about one million properties had their power cut off in the last week and thousands in southern England and Wales are still without power, according to the Energy Networks Association.

I SUPPOSE THAT THE FLOODS OF 1928 - WHICH WERE MUCH WORSE - WERE ALSO BECAUSE OF MAN-MADE CO2 AND ANTHROPOGENIC CLIMATE CHANGE?!?


BBC: In 1928 the Thames flooded much of central London, with fatal consequences. It was the last time the heart of the UK's capital has been under water. 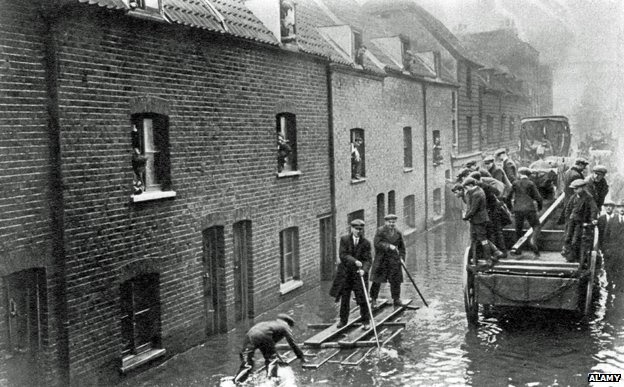 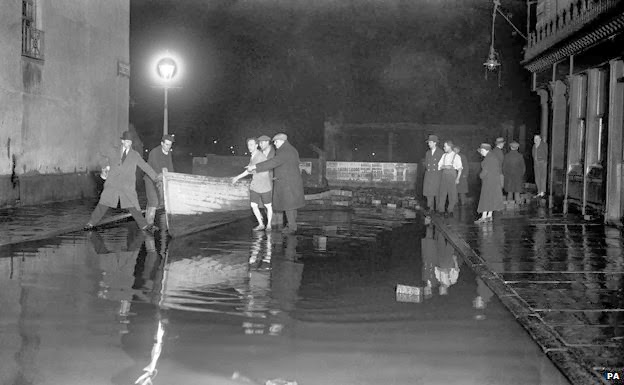 THIS YEAR'S FLOODS ARE NO MORE CAUSED BY MAN-MADE CO2 THAN WERE THE FLOODS OF 1928.

CLIMATE ALARMISTS, WHO ARGUE THAT CURRENT WEATHER EVENTS ARE CAUSED BY ANYTHING RELATED TO HUMAN ACTIVITY, ARE DELUDED DUPES OR LYING LEFTISTS.