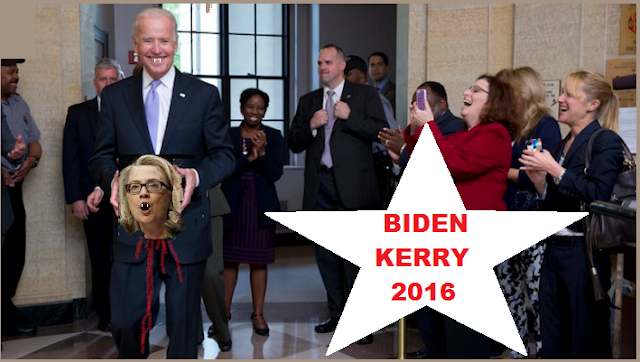 
Former Secretary of State Hillary Clinton on Tuesday took some indirect swipes at Vice President Joe Biden at an off-the-record gathering, a state representative in attendance told the Atlanta Journal-Constitution. “I know she’s running for president now, because toward the end, she was asked about the Osama bin Laden raid. She took 25 minutes to answer,” George State Rep. Tom Taylor told the newspaper. “Without turning the knife too deeply, she put it to [Vice President Joe] Biden.”Taylor told the newspaper that while answering the question about bin Laden, Clinton depicted herself and former CIA Director Leon Panetta as champions of the raid, while also noting Biden’s opposition to the action. Biden is also a potential 2016 hopeful. “She took the rest of the time and went over, answering that question,” Taylor, a Republican, said. “She was ready to speak on that.” Clinton struck a similar theme at another recent speech before the Long Island Association, according to an attendee. She was asked about bin Laden at that event as well, and in her telling, the attendee said, “She and the CIA director were for the attack, and Biden and the secretary of defense were against the attack.”

I THINK BIDEN, KERRY AND HILLARY RE ALL RUNNING.

THE BOYS WILL NOT SIT BACK AND LET BENGHAZI HILLARY OFF WITHOUT A FIGHT.

Posted by Reliapundit at 3:35 PM

Wow! A drunken sot and a pompous ass. At this point in time, what difference does it make?