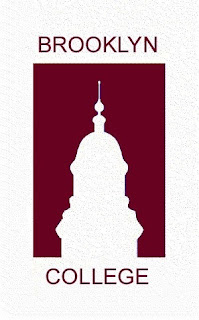 When Karen L. Gould took over as president of Brooklyn College in 2009, one of her first acts was to suck $107,000 from some mysterious, unacknowledged source in order to beget a new logo.
Gould and others believed the old logo looked too much like a giant penis, reports the New York Post. The old logo was the silhouette of the City University of New York-affiliated school’s iconic La Guardia Hall clock tower.
Gould, a scholar of French-Canadian literature by training, became the school’s first female president in June 2009. A couple months later, Brooklyn College contracted with Neustadt Creative Marketing, a Baltimore-based firm, to design a new, non-phallic logo and remake the school website.

The project cost the 16,000-student school a grand total of $107,000. There was no bidding process for the design work. A former college employee told The Post that Gould ignored the school’s fully-staffed, in-house design studio. The in-house staff had designed the old logo.

The new logo amounts to a bunch of words. It’s stiffly horizontal and long. It boasts “Brooklyn College” in large, pinkish letters and “The City University of New York” in the top right corner in small gray letters. 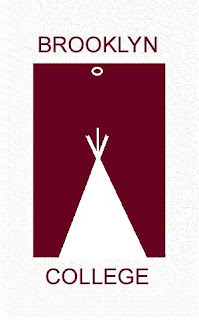 IT'S A TEEPEE WITH THE SUN ABOVE.

YOU ARE A SEXIST WITH A DIRTY MIND!