DURBIN ON THE FIRST AMENDMENT


In an appearance on Fox News Sunday, senior Illinois Senator, Democrat Dick Durbin, expressed doubt as to whether bloggers deserve constitutional protection for their work online.

On the May 26 broadcast of the Sunday show, Durbin told host Chris Wallace that he wasn't sure if bloggers or "someone who is Tweeting" should be given protections under a media shield law.


Chilling words - especially in that Conservative bloggers are holding the Obama administration accountable when the mainstream media will not.

Erosion of the First Amendment enables and empowers tyranny.

Our Founding Fathers must be spinning in their graves! 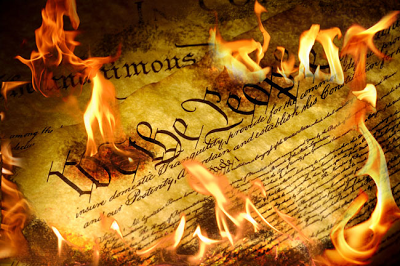