Morsi Gives Up Dictatorial Powers? Not So Fast 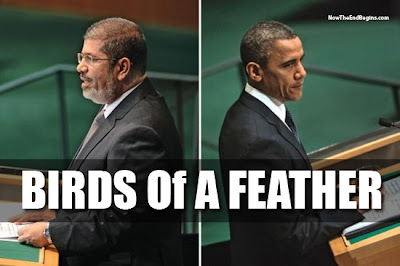 Does this mean no Sharia?

Egypt's president gives up newly declared powers to pacify his liberal-secular opponents, but it may not be enough

Hours after meeting with a handful of political opponents on Saturday, Egyptian President Mohamed Morsi acceded to one of the opposition's key demands, apparently rescinding most of his controversial Nov. 22 decree granting himself sweeping, unchecked powers. But Morsi refused the other ultimatum: That he postpone a referendum next Saturday on the country's draft constitution, drawn up by Morsi's Islamist backers. In fact, Egypt's state media suggested that Morsi was moving toward declaring martial law to ensure that the vote happens after days of sometimes-violent protests.

Morsi just made things worse: The president's big concession, scrapping his near-dictatorial powers, isn't enough without also putting off the upcoming referendum, say the AFP's John Davison and Hassan El Fekih. Opponents see the draft document "as a tool weakening human rights, the rights of women, religious minorities, and the judiciary's independence," and their increasing militancy means they don't think they have the votes to stop the constitution at the ballot box. "There is a risk of vicious further clashes" before Saturday's referendum, and a protracted crisis if Morsi's constitution prevails.

In other words, he gave up his declaration of Dictatorial Powers, but instead of retaining such powers to assure his Sharia Constitution will get pushed through, he'll just declare Martial Law.

What's the difference between Dictatorial Powers and Martial Law?

And remember, Obama approves of this man, and has not made a single critical statement of his move towards a Sharia-enforcing Dictatorship.
Posted by Pastorius at 9:15 AM