Tattoos as complex and abstract as any modern design have been discovered on the body of a Siberian princess buried in the permafrost in Russia for more than 2500 years. 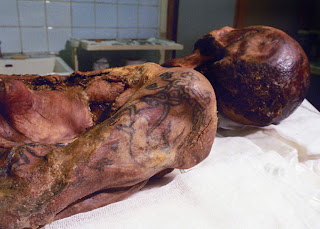 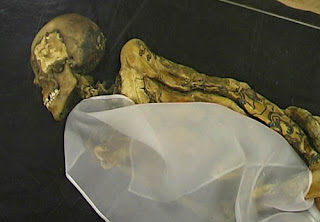 Scientist Natalia Polosmak, who found the remains of ancient Princess Ukok, aged around 25, high in mountains close to Russia's border with Mongolia and China, said she was struck by how little has changed in the past two millennia. 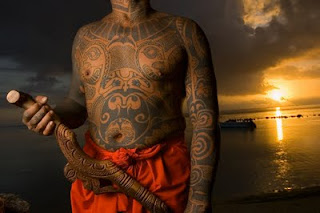 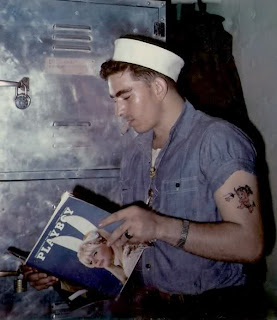 Now it's prevalent with our youth. 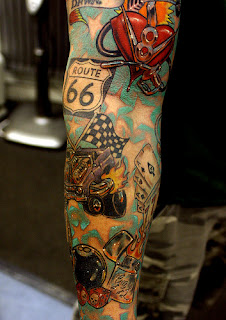 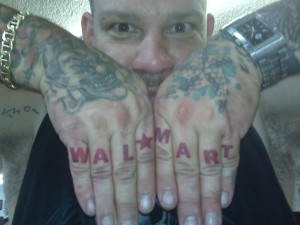 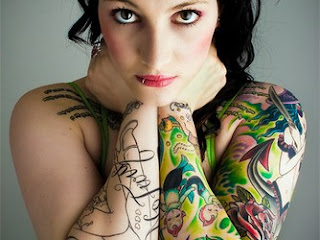 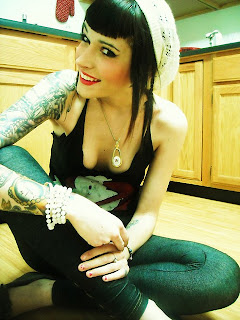 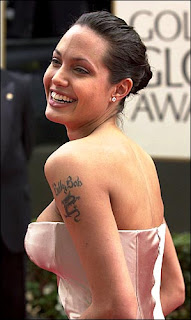 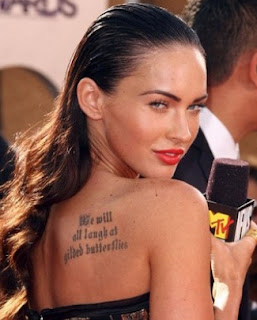 I hope it's just a fad, but I fear it's part of the Gramscian effort [more here] by the postmodern left to dismantle Western Civilization.

SERIOUSLY: I think it's awful that Angelina and Megan have desecrated their gorgeous bodies and skin with graffiti.

I see think that about 35% of people I see in NYC who are under the age of 30 have tattoos. No telling how many more have tattoos not visible in street-clothes.

I think 95% are Obama supporters.

Great find! I saw a young woman under thirty, the whole of her front neck and chest - and for all I know her boobs, were totally covered in a vile amateurish explosion of multicoloured mess. She looked like our equivalent of an Obama voter; trendy leftard who thinks they are really original!! Heh!

Back around 1990 or 91, the first time I ever met a group of people who were profoundly interested in tattooing and piercing as a lifestyle, they were showing me a magazine called, "Modern Primitives".

While I am not wholly against piercings and tattoos, I do find most of it repellent and ugly.

I have never understand why someone would put effort into making themselves ugly. Facial tattoos, in particular, seem to express a horrific anger against the self.

anger against our civilization too