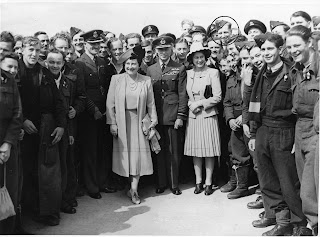 That cost includes all the costs of state and similar visits which would, without a Royal Family, have to be hosted by a President.

The Italian President alone costs every Italian £1.24 a year. Our 66p covers many Royals, so I reckon we get value and without corruption. 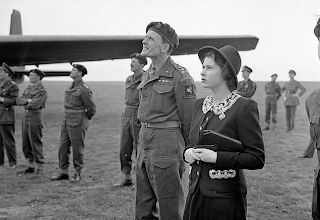 Some years ago the Queen “temporarily” surrendered all Crown Estates to the Government in return for the “Civil List” which is part of the £40m. The Government makes £200m a year from the Crown Estates, so are well in profit. Quite apart from the estimated £400m to £1b generated to the country from “Royal-related” tourism. 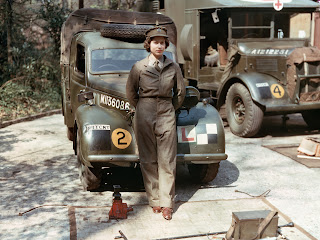 The very idea of a politician as Head of State, someone like Blair, is abhorrent to me. Give me the political neutrality of Her Majesty any day.

(THE PHOTOS ARE OF PRINCESS ELIZABETH DURING WW2.)

I watched as much of the Jubilee Celebration as I could. And loved every minute of it.

Her son Charles is a nothing, you know.