WHAT DO PUTIN AND THE PALESTINIANS HAVE IN COMMON? THEY BOTH WANT OBAMA TO WIN RE-ELECTION 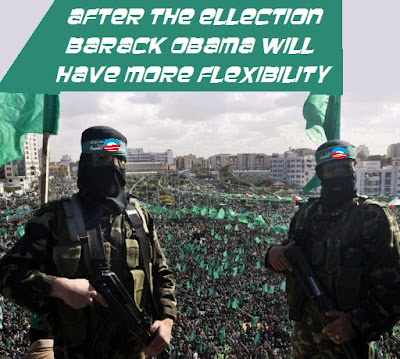 ... President Barack Obama has told the Palestinians to sit tight during a U.S. election year, while holding out the promise of a serious push for Palestinian statehood if he wins a second term, the Palestinian foreign minister said Friday.

...  The Palestinians knew what they were in for as the U.S. headed into the campaign, Riad Malki, the Palestinian foreign minister, said in an interview. "Everybody was telling us, including the Americans, 'don't expect that much from us during the election year because the president will be focusing on how to be re-elected, and in order to do so, he should really shift his attention ... to other issues,'" Malki said.

Asked whether Abbas holds out hope that Obama — if re-elected and freed from some of his domestic political shackles — will push hard for serious negotiations on Palestinian statehood, Malki said: "They (the Americans) told us so." He said the Obama administration asked Abbas to be patient until then.

EXACTLY WHAT HE TOLD MEDVEDEV AND PUTIN.

OBAMA CANNOT BE TRUSTED WITH ANOTHER TERM.

ONLY OUR FOREIGN ENEMIES WANT HIM TO WIN ANOTHER TERM.

Posted by Reliapundit at 9:58 PM