Four ex-generals and dozens of officers were arrested in the probe last weekend. 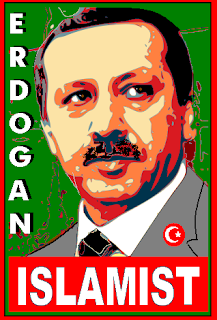 Prosecutors have charged hundreds of officers suspected of plotting against current and former governments in a series of trials that has Turkey, a Muslim, secular democracy, examining a past littered with military interventions.

Those have included three outright coup d'etats and subtler interference from the military, which had appointed itself the guardians of secularism.... The government's critics, including the main opposition Republican People Party, has accused Erdogan of carrying out a campaign of revenge against opponents, which he denies.

UNDER THE AKP, TURKEY HAS GONE FROM BEING A PRO-WEST SECULAR NATION TO AN ISLAMIST NATION ALLIED WITH IRAN AND PUTIN, AND THEY SHOULD BE THROWN OUT OF NATO - AND REPLACED WITH ISRAEL.