Abu Hamza al-Masri (Arabic: أبو حمزة المصري, Abū Ḥamzah al-Maṣrī)
(born 15 April 1958, Alexandria) is an Egyptian Sunni activist
known for his preaching of a violent and politicised interpretation of Islam,
also known as militant Islamism or jihadism. He is currently in prison
in the United Kingdom awaiting extradition to the United States. 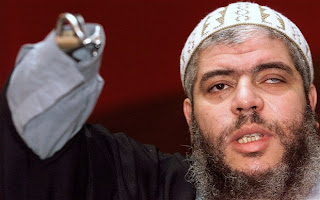 ...  CNN reported that Masri's missing hand and eye were
"injuries he says he sustained while tackling a landmine in Afghanistan".[7] Conversely, History Commons reported that the injuries were as a result of "practicing making explosives".[8][9]

ABU: IT'S TIME FOR YOUR CLOSE-UP: 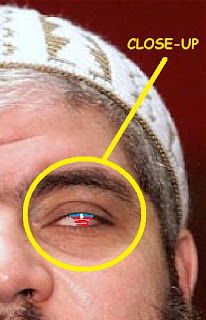 IS THAT WHAT I THINK IT IS?

Terror and the law, a nice little earner for lawyers

The legal aid bill for representing Muslim terrorist suspects has topped £110 million in a decade. So who are the lawyers orchestrating the court appeals of Abu Qatada and Abu Hamza?

MORE HERE.
Posted by Reliapundit at 9:38 AM