In my youth we were taught that anyone as rich as Mærsk Mckinney Møller  must be evil.  But after growing up I  learned to respect the man.  While he inherited great wealth - it was in fact his father who laid the foundation for the firms engagement in oil and gas - Hr. Møller sheparded his family's wealth and passes on a huge conglomerate to his heirs.

Hr. Møller commanded respect and admiration - even from people who did not like him or his wealth. He was a great ally of the United States - and his firm profited from that alliance.  While he was said to be worth about $25 billion dollars - in real assets, not paper on Wall Street - Hr. Møller lived well without the tasteless excesses that are displayed by wealthy people with  a fraction of his net worth.

Hr. Møller was always a star at his firms annual shareholders meeting.  Just a few days ago he came to the 2012 meeting with a cane, an assistant holding his arm, and glasses.  He appeared to have suffered a stroke...but later the public was assured his facial paralysis was a result of an eye infection.  Be that as it may: let us hope he passed without much suffering.

Hr. Møller was often seen sailing his beautiful boat  around the Øresund  - and he was generous with his wave and smile to passers by - on the water and dockside.

May the rest of his journey be fair... 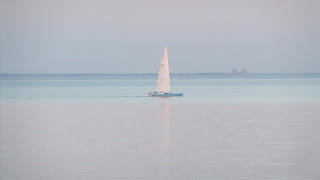 Posted by northern seer at 6:20 AM