HAVE THE IRANIANS INADVERTENTLY TIPPED US OFF THAT THEY ARE JUST WEEKS AWAY FROM HAVING A BOMB? 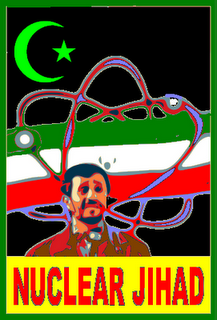 The round of nuclear talks between the six major world powers and Iran ended on Saturday in Istanbul without a significant breakthrough but with an agreement to reconvene next month.

Sources close to the talks told Haaretz that the Iranians are demanding an American and European commitment not to carry out a military attack on their country as long as the talks continue.

HMMM... SO THEY MUST THEREFORE THINK THAT THEY CAN KEEP THESE TALKS GOING LONG ENOUGH TO MAKE THEM MOOT.

HOW LONG COULD THAT BE?

WEEKS. MONTHS AT MOST.