BRITISH LEFTISTS MOVING WAR ON MURDOCH TO USA AND FOX

A high-profile British lawyer who has been closely involved in pursuing the hacking scandal at Rupert Murdoch’s British tabloids was quoted on Thursday as saying that he planned for the first time to sue on behalf of alleged victims in the United States, the center of Mr. Murdoch’s global media empire.

The lawyer, Mark Lewis, said he would take legal action on behalf of three people — a “well-known sports person,” a sports person not in the public eye and an American citizen — the BBC reported.

“The News of the World had thousands of people they hacked. Some of them were in America at the time, either traveling or resident there,” he said, referring to the Sunday tabloid that Mr. Murdoch closed down last year as the hacking scandal engulfed it.

It was not immediately clear how or whether the action would affect News Corporation, the parent company of News International, the Murdoch family’s British newspaper subsidiary.


"The scandal as it is is not just then confined to the United Kingdom or to the United Kingdom companies like News International and News Group Newspapers. "This goes to the heartland of News Corporation and we'll be looking at the involvement of the parent company in terms of claims there and that is something that will be taken more seriously by perhaps the investors and shareholders in News Corporation." 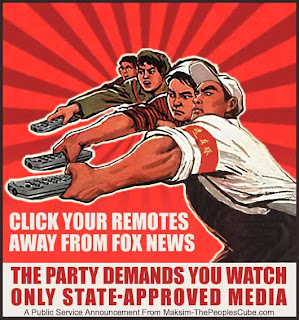 WHEN THE NYTIMES LEAKED NATIONAL SECURITY SECRETS THE LEFT THOUGHT IS WAS GREAT.

BUT TRY TO GET SOME DOPE ON A FEW OVER-RATED CELEBRITIES, AND YOU'RE A PARIAH.

AND MAKE NO MISTAKE ABOUT IT: THIS AIN'T ABOUT THE MONEY.

IT'S ABOUT ATTACKING MURDOCH.

THEY SUCCEEDED IN GETTING HIS SON OUT OF THE BUSINESS IN BRITAIN.

NOW THEY ARE AIMING FOR MURDOCH HIMSELF.

ALL TO NEUTER A MEDIA EMPIRE THAT DOESN'T TOE THE PARTY LINE.

STALIN WOULD BE PROUD.
Posted by Reliapundit at 7:36 AM