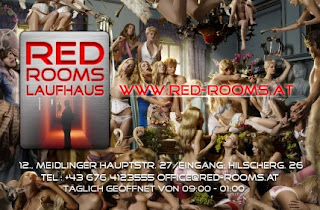 A brothel in Austria has become a temporary homeless shelter.

Peter Laskaris, owner of Vienna's Red Rooms Laufhaus, is offering up a free bed, a hot shower and a meal to ten people every night. 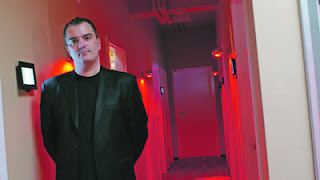 However, he insisted that "other services are not included".

"We are not really doing much business in the current cold weather anyway and it is the school holidays - a lot of people are off away with their families," he said.

"Lots of our rooms are empty and it seemed a shame not to use them for a good cause. In these cold temperatures nobody should be left out on the streets."

Laskaris added that he is currently in talks with other brothels to do the same as temperatures in the city reach as low as -20 degrees.

I WONDER IF HIS REGULAR PATRONS LIKE THE IDEA OF USING A ROOM FOR INTIMATE RELATIONS THAT HAD BEEN USED BY A HOMELESS THE DAY BEFORE?
Posted by Reliapundit at 1:14 PM

Well, how do you think the homeless people like the idea of sleeping in a room that was used for prostitution -perhaps by sex slaves- the day before?

they have no choice.

the patron of a hooker in a brothel does.