If Obama Were Raised In Kenya, Would He Have Been Taken As A Sex Slave For a Wealthy Qatari Muslim? 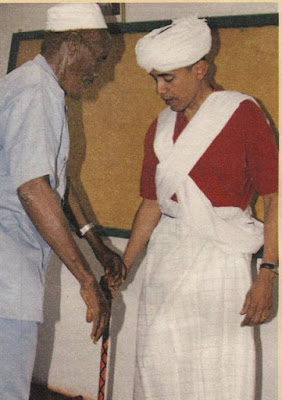 DUBAI: Being gay in the Middle East is taboo. Crackdowns in Arab countries against homosexuals is common and swift, with many countries employing the death penalty against convicted homosexuals.

Now, a new report published by Identity, a gay magazine in Kenya, reveals that gay Kenyan men are being trafficked into the Gulf as sex slaves for the wealthy.

The report alleges that gay and bisexual men are lured from university campuses – particularly from Kenyatta University – with promises of high-paying jobs and then transported to labor as sex workers for men in the United Arab Emirates, Qatar and Saudi Arabia.

According to the magazine, due to Kenya’s soaring unemployment rate, the men are easily fooled into this trap.

The publication interviewed one Kenyan victim who was promised a job in Qatar but ended up suffering sexual abuse.

Qatar specifically, has no laws against human trafficking, which has made cracking down on the practice nearly impossible.